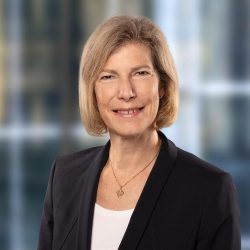 Sharon Kozicki was appointed Deputy Governor of the Bank of Canada, effective August 2, 2021. In this role, she oversees the Bank’s analysis of domestic economic developments and, as a member of Governing Council, shares responsibility for decisions about monetary policy, the stability of the financial system and the strategic direction of the Bank.

At the time of her appointment, Ms. Kozicki was Secretary to Governing Council and Advisor to the Governor on subjects related to the Canadian economy and monetary policy. She also led the Bank’s review of the monetary policy framework for the 2016 renewal of the inflation-targeting agreement with the Government of Canada.

Between 2010 and 2013, Ms. Kozicki was Managing Director of the Bank’s Canadian Economic Analysis Department, responsible for briefing Governing Council about developments in the Canadian economy to inform monetary policy decisions. She oversaw long-term research on the operation of the economy, inflation, macrofinancial linkages, and the transmission channels of domestic and international monetary policies. Ms. Kozicki also served as Deputy Managing Director of the Bank’s International Economic Analysis Department between 2008 and 2010.

Remarks Sharon Kozicki Urban Development Institute of Quebec Montréal, Quebec
Speaking a day after the Bank of Canada’s latest interest rate decision, Deputy Governor Sharon Kozicki discusses the current state of the economy and talks about how the Bank is improving both its use of data and the way we communicate with Canadians.
Content Type(s): Press, Speeches and appearances, Remarks Topic(s): Inflation and prices, Interest rates, Monetary policy and uncertainty
March 25, 2022

A world of difference: Households, the pandemic and monetary policy

Implementation and Effectiveness of Extended Monetary Policy Tools: Lessons from the Literature

Estimating DSGE-Model-Consistent Trends for Use in Forecasting

Estimation and Inference by the Method of Projection Minimum Distance

Perhaps the FOMC Did What It Said It Did: An Alternative Interpretation of the Great Inflation

Survey-Based Estimates of the Term Structure of Expected U.S. Inflation

Household differences and why they matter