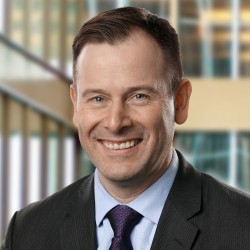 Jeremy Harrison was appointed Managing Director of Communications, effective 3 January 2017. In this capacity, he is responsible for supporting the Bank’s core functions through strategic communications advice and a range of operational services.

Mr. Harrison joined the Bank in 1999 and joined Communications in 2005. He served as press secretary for governors David Dodge and Mark Carney and in 2008 was appointed Director of Planning and Public Affairs. From 2013 to 2015, Mr. Harrison was seconded to the Bank of England (BOE) where he served as press secretary to the Governor, then as Head of the BOE’s Media and Publications Division. He returned to the Bank of Canada in August 2015 as Senior Director of Communications Channels, a position he held until his current appointment.

Mr. Harrison holds a bachelor’s degree in economics from the University of British Columbia.