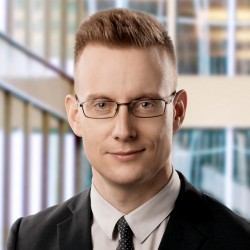 Erik Ens is a Senior Policy Director in the Canadian Economic Analysis Department. As a member of the senior leadership team he helps oversee the Bank's analysis of the Canadian economy and its research on monetary policy. He also leads the Bank’s macroeconomic modelling and scenario analysis work on climate change. Prior to this, he was a Senior Policy Advisor in the International Department, where he oversaw that department’s contributions to the Monetary Policy Report.

Mr. Ens joined the Bank in 2012, serving first as a Principal Economist and later as a Director in the Financial Stability Department. In these roles he led a post-crisis review of the Bank’s emergency lending policies and the initial development of a recovery and resolution regime for financial market infrastructure. Prior to joining the Bank Mr. Ens worked at the Department of Finance Canada and the Privy Council Office, where he provided advice on a wide range of fiscal, financial system and macroeconomic issues.

Mr. Ens holds a Masters in Economics from the University of British Columbia.