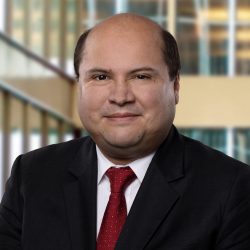 José Dorich was appointed Deputy Managing Director of the Bank’s International Economic Analysis Department (INT), effective August 16, 2021. In this capacity, he is a member of the Bank’s senior management team, contributing to the strategic direction of INT and providing leadership on the analysis of global economic conditions.

Mr. Dorich joined the Bank in 2008 as a Senior Analyst in the Canadian Economic Analysis Department (CEA). Since then, he has held increasingly senior positions. In 2014, he became Director of the Model Development Division in CEA. In this role, he led, coordinated and conducted research supporting the 2016 renewal of the inflation-control agreement. He also led the team responsible for the development of ToTEM III, the most recent version of the Bank’s main structural macroeconomic model. In 2019, he became Senior Policy Director in INT, a position from which he oversaw the divisions in that department responsible for commodities, model development and the global projection.

The Neutral Rate in Canada: 2019 Update

What Is Restraining Non-Energy Export Growth?

The Neutral Rate in Canada: 2018 Estimates

ToTEM II: An Updated Version of the Bank of Canada’s Quarterly Projection Model

An Update on the Neutral Rate of Interest

Bank of Canada Review - Summer 2011 José Dorich, Rhys R. Mendes, Yang Zhang
This article describes changes to the structure of ToTEM—the Bank of Canada’s main model for projection and policy analysis—that allow an independent role for long-term interest rates, as well as for the risk spreads that lead to differences in the interest rates faced by households, firms and the government. These changes broaden the range of policy questions that the model can address and improve its ability to explain data. The authors use the model to simulate the effects of shocks to the risk spreads on interest rates similar to those that occurred during the recent financial crisis. They also use the model to assess the macroeconomic impact of higher requirements for bank capital and liquidity.
Content Type(s): Publications, Bank of Canada Review articles Topic(s): Economic models, Financial system regulation and policies, Interest rates

Russell Barnett, José Dorich
Ever wonder how your wages are determined? You’re not the only one who cares about your wages. At the Bank of Canada, we care about them a lot too.
Content Type(s): Publications, The Economy, Plain and Simple Topic(s): Business fluctuations and cycles, Firm dynamics, Labour markets, Productivity