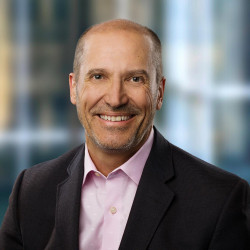 Toni Gravelle was appointed Deputy Governor of the Bank of Canada, effective October 1, 2019. In this capacity, he is one of two deputy governors responsible for overseeing the Bank’s financial system activities and is responsible for the Financial Markets Department (FMD). As a member of the Bank’s Governing Council, he shares responsibility for decisions with respect to monetary policy and financial system stability, and for setting the strategic direction of the Bank.

In addition to his extensive experience with Canada’s financial sector and research at the Bank, Mr. Gravelle was an economist at the International Monetary Fund (IMF) from 2002 to 2005, participating in the financial system stability assessments of France and Senegal and contributing to the IMF’s semi-annual Global Financial Stability Report.

Mr. Gravelle is a native of Corbeil, Ontario, and holds a Ph.D. in Economics from Western University.

Economic progress report: A recovery unlike any other

Market stress relief: the role of the Bank of Canada’s balance sheet

Financial stability and the COVID-19 pandemic

Has the Inclusion of Forward-Looking Statements in Monetary Policy Communications Made the Bank of Canada More Transparent?

Alternative Trading Systems: Does One Shoe Fit All?

The Microstructure of Multiple-Dealer Equity and Government Securities Markets: How They Differ

Staff Working Paper 2002-9 Toni Gravelle
Although dealership government and equity securities have, on the surface, similar market structures, the author demonstrates that some subtle differences exist between them that are likely to significantly affect the way market-makers trade, and as such have an impact on the liquidity that they provide.
Content Type(s): Staff research, Staff working papers Topic(s): Debt management, Financial markets, Market structure and pricing JEL Code(s): G, G1, G10, G15, G18

Liquidity of the Government of Canada Securities Market: Stylized Facts and Some Market Microstructure Comparisons to the United States Treasury Market

Staff Working Paper 1999-11 Toni Gravelle
The aims of this study are to examine how liquidity in the Government of Canada securities market has evolved over the 1990s and to determine what factors influence the level of liquidity in this market, with some comparisons to the U.S. Treasury securities market. We find empirical support for the hypothesis that an increase in […]
Content Type(s): Staff research, Staff working papers Topic(s): Financial markets JEL Code(s): D, D4, G, G1, G2

Buying Back Government Bonds: Mechanics and Other Considerations

Staff Working Paper 1998-9 Toni Gravelle
With the elimination of the federal deficit, the Bank of Canada, the Department of Finance, and financial market participants are examining ways to manage the reduction in the stock of marketable debt. This paper summarizes three different methods—reverse auction, over-the-counter purchases, and conversions—that could be used to buy back Government of Canada bonds before they […]
Content Type(s): Staff research, Staff working papers Topic(s): Debt management, Financial markets JEL Code(s): G, G1

The Market Impact of Forward-Looking Policy Statements: Transparency vs. Predictability

Bank of Canada Review - Winter 2008-2009 Christine Fay, Toni Gravelle
Central banks continuously strive to improve how they communicate to financial markets and the public in order to increase transparency. For this reason, many central banks have begun to include guidance on the policy rate in the form of forward-looking statements in their communications. This article examines the debate over the usefulness of providing such statements from both theoretical and empirical standpoints. The evidence presented here suggests that the use of forward-looking statements in Bank of Canada communications has made the Bank more predictable, but not necessarily more transparent.
Content Type(s): Publications, Bank of Canada Review articles Topic(s): Central bank research, Interest rates, Monetary policy transmission
October 12, 2007

Bank of Canada Workshop on Derivatives Markets in Canada and Beyond

Bank of Canada Review - Autumn 2007 Toni Gravelle
At this 2006 workshop hosted by the Bank of Canada, an international group of market participants, regulators, and policy-makers gathered to assess recent developments in the derivatives market. Among the topics discussed were the recent prodigious growth in risk-transfer instruments, including credit derivatives and inflation-linked derivatives, as well as the accompanying challenges and benefits. Overall, the development of derivatives markets was seen as providing broad economic benefits, including more complete financial markets, improved market liquidity, and increased capacity of the financial system to effectively price and bear risk. Yet concern was also voiced that market participants do not fully understand the risks that arise in trading credit derivatives.
Content Type(s): Publications, Bank of Canada Review articles Topic(s): Financial markets, Financial stability, Financial system regulation and policies
November 15, 1999

Markets for Government of Canada Securities in the 1990s: Liquidity and Cross-Country Comparisons

Bank of Canada Review - Autumn 1999 Toni Gravelle
In this article, the author reviews the factors behind the recent evolution of liquidity in the market for Government of Canada (GoC) securities. He finds that liquidity has been supported by changes in the structure of the market, notably the introduction and increasing size of benchmark bond issues. He also notes that while the GoC bond market has generally benefited from changes in market structure, liquidity in the treasury bill market has decreased since the mid-1990s, largely because of the declining supply of these securities. This article also presents some comparisons of liquidity in the government securities markets of other industrialized countries and finds that liquidity in the Canadian market appears to compare favourably with all but the large U.S. Treasury market.
Content Type(s): Publications, Bank of Canada Review articles Topic(s): Financial markets

Toni Gravelle
When the COVID-19 pandemic hit Canada, the Bank of Canada acted quickly. We needed to make sure the financial system worked well enough that credit could continue to flow. That meant addressing shortages of liquidity in financial markets—the backbone for lending and borrowing in the economy.
Content Type(s): Publications, The Economy, Plain and Simple Topic(s): Coronavirus disease (COVID-19)