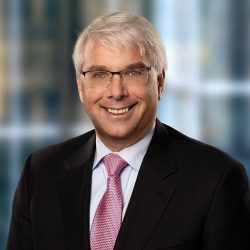 In this role, reporting directly to the Governor, Mr. Morrow leads the design and implementation of the Retail Payments Supervision (RPS) Framework, including ongoing consultations on the Bank’s supervisory role as regulations are developed. He heads the leadership team tasked with fulfilling this new mandate and oversees planning and execution of risk monitoring associated with Payment Service Providers (PSPs). The Executive Director role also serves as an independent reviewer of enforcement actions initiated by RPS staff and advises the Governor of the Bank of Canada on the evolution of risks related to PSPs and the retail payments landscape.

Mr. Morrow first joined the Bank in 1992 and has worked in several different areas across the Bank’s monetary policy, financial stability, and funds management functions. In 2010, he became Managing Director of the Funds Management and Banking Department, then Managing Director of the Financial Stability Department in 2013. Mr. Morrow became an Advisor to the Governor in 2018, focusing on advancing the Bank’s strategic objectives related to retail payments, financial market infrastructure issues, and the efficiency of the Canadian financial system. Mr. Morrow also represented the Bank on the Basel Committee on Banking Supervision and currently chairs the Bank’s Pension Fund Investment Committee.

Bank of Canada Review - Autumn 2000 John Kiff, Ron Morrow
Credit derivatives are a useful tool for lenders who want to reduce their exposure to a particular borrower but are unwilling to sell their claims on that borrower. Without actually transferring ownership of the underlying assets, these contracts transfer risk from one counterparty to another. Commercial banks are the major participants in this growing market, using these transactions to diversify their portfolios of loans and other risky assets. The authors examine the size and workings of this relatively new market and discuss the potential of these transactions for distorting existing incentives for risk management and risk monitoring.
Content Type(s): Publications, Bank of Canada Review articles Topic(s): Credit and credit aggregates, Financial markets, Market structure and pricing
December 7, 1994

Bank of Canada Review - Winter 1994-1995 Ron Morrow
Repurchase agreements (repos), reverse repos and securities lending markets permit a variety of institutions to conduct a broad range of financial transactions efficiently. In addition, they allow financial market participants to augment the returns on their cash holdings and securities portfolios. Canadian repo and securities lending markets have grown rapidly in recent years, following the expansion of such markets in major financial centres around the world; the volume of transactions in Canada now averages between $35 billion and $50 billion per day. The author notes that structural and regulatory changes in Canada have played important roles in promoting this growth. The vast majority of repo and securities lending transactions involve securities issued by the Government of Canada—principally Government of Canada bonds.
Content Type(s): Publications, Bank of Canada Review articles Topic(s): Financial markets