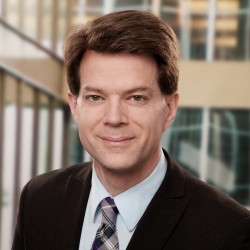 Laurent Martin was appointed Senior Policy Advisor of the Bank of Canada’s Canadian Economic Analysis Department (CEA) in December 2017. In this capacity, he is part of the leadership team that directs and manages the department. He leads CEA’s contribution to the Bank of Canada’s Monetary Policy Report (MPR) and conducts research and analysis on current economic issues relevant to the Bank’s monetary policy objectives. Born in Quebec City, Mr. Martin holds a Bachelor of Science degree in mathematics and economics (1991) and a Master’s degree in economics (1993), both from the Université de Montréal, as well as a PhD in economics (1999) from the University of Maryland. Mr. Martin also received a Master’s Fellowship from the Édouard-Montpetit Foundation, and a Doctoral Fellowship from the Social Sciences and Humanities Research Council of Canada. He is a member of the Association des économistes québécois (ASDEQ) and the Société canadienne de science économique (SCSE), where he was vice-chair of the Board.

Mr. Martin first joined the Bank of Canada as a Senior Representative in 2010, before moving to the Autorité des marchés financiers in 2012, where he was Chief Economist. In May 2014, he was appointed Senior Representative (Economics) at the Bank’s Quebec Regional Office - a position he held until being named Director of the Regional Analysis Division in November 2014. Prior to first joining the Bank, he worked as a director and senior economist in the macroeconomic analysis division at the Caisse de dépôt et placement du Québec. He also held various positions in the Quebec ministère des Finances, including that of director of the fiscal evaluations and sales tax division. Mr. Martin has also been an assistant professor of economics at the University of Washington, Seattle.

Mr. Martin has expertise in the areas of macroeconomic analysis, economic conditions and forecasting, and public finance.

A Reference Guide for the Business Outlook Survey

What’s Up with Unit Non-Response in the Bank of Canada’s Business Outlook Survey? The Effect of Staff Tenure