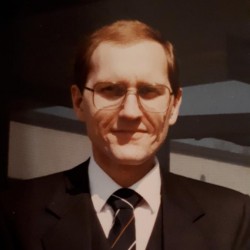 After completing a Masters of Arts in Economics (MA) at McMaster University, John Kuszczak started his career at the Bank of Canada in 1981 as an economist in the Monetary and Financial Analysis Department. Over his 20-year career at the Bank, he held several positions before being appointed Research Adviser in the Monetary and Financial Analysis Department. His research interests revolved around the application of theory and econometric techniques to answer important macroeconomic policy questions.

John Kuszczak passed away in 2002 after a battle with cancer. To honour his memory, the Bank of Canada has established the annual John Kuszczak Memorial Lecture, which features guest lectures from renowned economists who are contributing to the same fields of research that John strived to advance.

A Comparison of Twelve Macroeconomic Models of the Canadian Economy

Bank of Canada Review - Winter 1997-1998 John Kuszczak, Richard Dion
This article examines factors that have affected the growth of potential output since the 1950s and presents three possible scenarios for its growth in the future. The authors conclude that there will be a marked slowing in the future growth of potential output as a result of slow population growth and a reduction in labour force participation as the population ages.
Content Type(s): Publications, Bank of Canada Review articles Topic(s): Potential output

A VAR Analysis of Economic Interdependence: Canada, the United States, and the Rest of the World

Technical Report No. 46 John Kuszczak, John Murray
The authors use vector autoregression (VAR) modelling techniques to examine the response of the domestic economy to foreign influences and to quantify some of the concepts and relationships relating to economic interdependence. Particular attention is given to the dynamic behaviour and interactions of the U.S. and Canadian economies over the past twenty years. Extensive empirical […]
Content Type(s): Staff research, Technical reports Topic(s): International topics JEL Code(s): F, F1, F15, F4, F41

Every year since 2002, the Bank of Canada has honoured the memory of John Kuszczak with a guest lecture in his name presented at the Bank’s Annual Conference.

“While the number of us who were lucky enough to work with John over his 20-year career at the Bank is diminishing, the lecture helps ensure that his legacy as a fine economist and colleague is preserved and will continue to inspire future generations of economists. John had a great sense of what’s important and what isn’t, and many of the distinguished economists who have given the Kuszczak Memorial Lecture were chosen because their research speaks to the most important policy issues of the day.” – Deputy Governor Lawrence Schembri