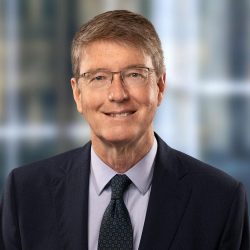 Timothy Lane served as Deputy Governor from February 2009 until his retirement from the Bank of Canada in September 2022.

As a member of the Bank’s Governing Council, he shared responsibility for decisions with respect to monetary policy and financial system stability, and for setting the strategic direction of the Bank. He oversaw the Bank’s funds management and currency functions — notably including the Bank’s ongoing research and analysis of developments in financial technology, crypto-assets and digital currencies.

Mr. Lane’s responsibilities as Deputy Governor covered a series of different areas. From 2014 through July 2018, he was responsible for the Bank’s analysis of international economic developments in support of monetary policy decisions — serving as the Bank’s G7 and G20 Deputy. Previously, he was responsible for overseeing the Bank’s work on financial markets (2010–13) and its analysis of Canadian economic developments (2009–10). He joined the Bank in August 2008 as an Adviser to the Governor.

Prior to joining the Bank, he served for 20 years on the staff of the International Monetary Fund (IMF) in Washington, DC. During that period, he worked on a wide range of issues and contributed to the IMF’s work on a number of countries. He has published research on various topics including monetary policy, financial crises, IMF reform, and economic transition. During 2004–05, Mr. Lane was a Visiting Fellow at the University of Oxford. He has also served as Assistant Professor of Economics at Michigan State University (1984-88) and at the University of Iowa (1983-84).

Born in Ottawa, Mr. Lane received a BA (Honours) from Carleton University in 1977 and a PhD in economics from the University of Western Ontario in 1983.

Payments innovation beyond the pandemic

Remarks (delivered virtually) Timothy Lane Institute for Data Valorisation Montréal, Quebec
Deputy Governor Timothy Lane talks about how the Bank of Canada is contributing to the modernization of our payments ecosystem, and how the COVID-19 pandemic has highlighted the need to make payments more convenient for all Canadians.
Content Type(s): Press, Speeches and appearances, Remarks Topic(s): Bank notes, Coronavirus disease (COVID-19), Cryptocurrencies, Digital currencies and fintech, Payment clearing and settlement systems
May 20, 2020

Policies for the Great Global Shutdown and Beyond

Money and Payments in the Digital Age

How Canada’s International Trade is Changing with the Times

Bank of Canada Review - Summer 2010 Jean Boivin, Césaire Meh, Timothy Lane
The authors examine whether monetary policy should and could do more to lean against financial imbalances (such as those associated with asset-price bubbles or unsustainable credit expansion) as they are building up, or whether its role should be limited to cleaning up the economic consequences as the imbalances unwind.
Content Type(s): Publications, Bank of Canada Review articles Topic(s): Financial system regulation and policies, Monetary policy framework

Timothy Lane
In the days and weeks since the COVID-19 pandemic came to Canada, the Bank of Canada has been taking action to ensure our economy and financial system are weathering the unprecedented shock of the shutdown.
Content Type(s): Publications, The Economy, Plain and Simple Topic(s): Coronavirus disease (COVID-19)