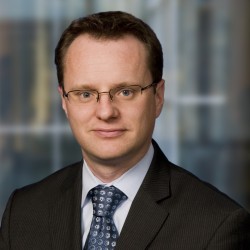 Jean Boivin was appointed Deputy Governor of the Bank of Canada in March 2010.

After two years of service as Deputy Governor, Mr. Boivin departed the Bank of Canada in October 2012 to become Associate Deputy Minister at the Department of Finance, and to serve as Canada’s Finance Deputy at the G-7, G-20 and the Financial Stability Board.

Prior to becoming a Deputy Governor, Mr. Boivin was a Special Adviser to the Governor for 2009-10. This position gives university and private sector professionals in economics and finance first-hand knowledge of the Bank of Canada and brings additional perspectives to the Bank’s discussions on monetary policy.

Before joining the Bank, Mr. Boivin was a professor and held the Chair of Monetary Policy and Financial Markets of the Institute of Applied Economics at HEC Montréal. Mr. Boivin was a member of the Monetary Policy Council at the C.D. Howe Institute, a Research Associate at the National Bureau of Economic Research and a Fellow of the Centre interuniversitaire de recherche en analyse des organisations (CIRANO). He has taught at the Columbia University Graduate School of Business and has published widely in the areas of monetary policy, interest rates, inflation and international economics.

How People Think and How It Matters

The “Great” Recession in Canada: Perception vs. Reality

Where the Economy and Finance Meet

Remarks Jean Boivin Okanagan CFA Society and UBC Okanagan (Faculty of Management) Kelowna, British Columbia
As the title of my speech suggests, I would like to discuss the connections between the real economy – the tangible world of jobs, goods and services – and the more intangible world of finance – of money flows, interest rates and the stock market. They have a long and eventful history.
Content Type(s): Press, Speeches and appearances, Remarks

Bank of Canada Review - Summer 2010 Jean Boivin, Césaire Meh, Timothy Lane
The authors examine whether monetary policy should and could do more to lean against financial imbalances (such as those associated with asset-price bubbles or unsustainable credit expansion) as they are building up, or whether its role should be limited to cleaning up the economic consequences as the imbalances unwind.
Content Type(s): Publications, Bank of Canada Review articles Topic(s): Financial system regulation and policies, Monetary policy framework