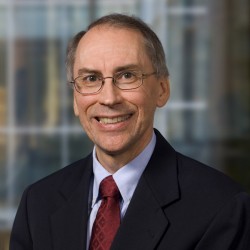 David Longworth served as a Deputy Governor of the Bank of Canada from April 2003 until his retirement from the Bank in March 2010. As a member of the Bank’s Governing Council, he shared responsibility for decisions with respect to monetary policy and financial system stability, and for setting the strategic direction of the Bank.

Born in Edmonton, Alberta, Mr. Longworth received a bachelor of science degree in mathematical statistics in 1973 and a master’s degree in economics in 1974, both from the University of Alberta. He also studied at the Massachusetts Institute of Technology, where he graduated with a PhD in economics in 1979.