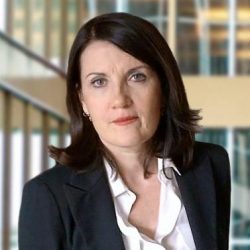 Sheryl King was appointed as Advisor to the Governor, representing the Bank of Canada in its New York Office, effective 5 July 2016. She is responsible for promoting and strengthening ties between the Bank and the financial community in New York, with an emphasis on financial market and financial stability developments.

Prior to that, Ms. King worked as a U.S. macro forecaster and as a bond and currency strategist at TD Bank. Earlier in her career, she spent eight years at the Bank of Canada, first as an economist and later as an analyst in the Bank’s Financial Markets Department.

Shoring Up the Foundations for a More Resilient Banking System: The Development of Basel III