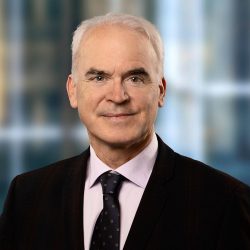 Paul Beaudry was appointed Deputy Governor of the Bank of Canada, effective February 2019. In this capacity, he is one of two deputy governors responsible for overseeing the Bank’s financial system activities. In 2021, Mr. Beaudry became responsible for the Bank’s analysis of international economic developments in support of monetary policy decisions—serving as the Bank’s G7 and G20 Deputy. As a member of the Bank’s Governing Council, he shares responsibility for decisions with respect to monetary policy and financial system stability and for setting the strategic direction of the Bank.

Mr. Beaudry is a two-time former laureate of the Bank of Canada’s Research Fellowship Award. He is a Fellow of the Royal Society of Canada, and a Research Associate at the National Bureau of Economic Research. He has been a Visiting Professor at European University Institute, MIT, Nuffield College Oxford, Sorbonne Paris I, the Université de Montréal and the University of Toulouse. Recognition of his work includes the Canada Research Chair in Macroeconomics (2000-2015) and the John Rae Prize from the Canadian Economics Association (2008).

Macroeconomics of the 2020s: What we’ve learned, and what’s to come

Financial stability through the pandemic and beyond

Our quantitative easing operations: Looking under the hood

Gazing at r-star: A Hysteresis Perspective