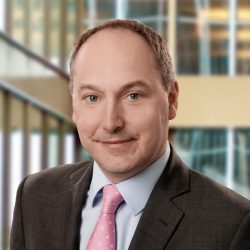 Paul Chilcott was appointed Advisor to the Governor in 2015. In this role, Mr. Chilcott focuses on payments system and financial market issues. He coordinates the Bank’s involvement in the modernization of Canada’s national payments systems and leads the Bank’s work on central bank digital currencies. He also represents the Bank at various committees at the Bank for International Settlements, including the Markets Committee and the Committee on the Global Financial System.

Mr. Chilcott has more than 30 years of experience in central banking. In that time, he has held a number of senior positions involving the oversight of payments systems, risk management, monetary policy, and domestic and foreign currency financial market operations.

Mr. Chilcott holds an undergraduate degree from Bristol University, a master’s degree in Economics from Cambridge University, and a PhD in Modern History from Oxford University.

Opening Statement before the Standing Committee on Finance