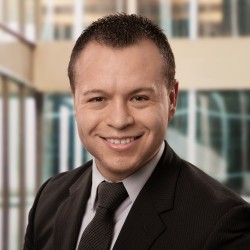 Jorge Cruz Lopez is a Principal Researcher at the Bank of Canada. He is also a Sessional Lecturer at the Telfer School of Management at the University of Ottawa and at the Sprott School of Business at Carleton University in Canada, and a member of the Advisory Board of the New York Institute of Finance in the U.S.A.

Jorge joined the Bank of Canada in 2011. In his current role, he conducts and oversees research and policy in the areas of asset pricing, financial stability and risk management. He has participated in multiple working groups relating to the regulation of over-the-counter derivatives markets and the modernization of payment systems. In addition, he has served as the Associate Editor of the Bank of Canada Financial System Review, a biannual publication devoted to the assessment of systemic risks globally and in Canada.

His recent work proposes new techniques for improving the management of payment systems and derivatives central counterparties (CCPs) through the efficient use of collateral and default resolution arrangements. He has also worked on optimizing foreign reserve portfolios and lately, on assessing structural risks in distributed ledger technologies (DLTs) and e-money transactions.

Jorge has published in both academic and practitioner journals and has been a speaker at several conferences, universities and policy institutions, including the Bank for International Settlements (BIS) and most of the central banks in the G10.

Prior to joining the Bank of Canada, Jorge worked as a Finance Lecturer at the Beedie School of Business at Simon Fraser University in Vancouver, Canada. He holds a PhD from the same university and has been a Visiting Scholar at HEC Paris in France and at Queensland University of Technology in Australia.

Who Pays? CCP Resource Provision in the Post-Pittsburgh World

The Market for Collateral: The Potential Impact of Financial Regulation