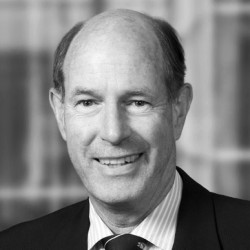 Mr. Dodge, appointed Governor of the Bank of Canada, effective 1 February 2001 for a term of seven years, retired on 31 January 2008. As Governor, he was Chairman of the Board of Directors of the Bank.

During a distinguished career in the federal public service, Mr. Dodge held senior positions in the Central Mortgage and Housing Corporation, the Anti-Inflation Board, and the Department of Employment and Immigration. After serving in a number of increasingly senior positions at the Department of Finance, including that of G-7 Deputy, Mr. Dodge was appointed Deputy Minister of Finance in 1992. In that role, he served as a member of the Bank's Board of Directors until 1997.

In 1998, Mr. Dodge was appointed Deputy Minister of Health, a position he held until his appointment as Governor of the Bank of Canada.

70 Years of Central Banking in Canada