Canadians need to understand the forces that have led to a prolonged period of low interest rates and make adjustments, Bank of Canada Governor Stephen S. Poloz said.

In a speech to the Association des économistes québécois, the Cercle finance du Québec and CFA Québec, Governor Poloz talked about the need for companies and households to adjust to the reality of interest rates that are likely to remain at low levels for a long time. Factors that restrain an economy’s speed limit—particularly aging workforces—are driving down interest rates in many countries.

Lower-for-longer interest rates have made it more difficult for Canadians to finance their retirement through savings, the Governor noted. People are “rightly worried about their ability to live off their savings,” he said. “I certainly can sympathize and understand these concerns.” Longer life expectancy is compounding the challenge because people need to finance a longer retirement period, he added.

Companies also need to adjust to lower interest rates by reducing expectations about future investment returns, the Governor stated. Investment spending has been weaker than expected, and Governor Poloz said one reason may be that some businesses aren’t taking into account the low-interest-rate environment when deciding if an investment will be worthwhile.

If companies are waiting for returns near the levels that prevailed before the crisis, “they are unlikely to invest any time soon, and we will not see the kind of growth, productivity and job creation we are looking for,” Governor Poloz said. “And neither will the companies.”

While there’s little that policy-makers can do about forces such as demographics, much can be done to help offset their impact on interest rates, the Governor noted. This means ensuring that policies in areas such as tax and immigration aren’t obstacles to business growth, and that young companies access financing.

Authorities must also explore every avenue that would boost the economy’s potential growth rate, he said, pointing to investments in productivity-enhancing infrastructure and agreements to liberalize trade, both inside and outside Canada, as steps that could make an important difference over the medium term.

Because the potential growth rate of Canada’s economy has slowed, “we need to take every decimal point of potential growth more seriously than we have in the past,” Governor Poloz said. “In a lower-for-longer world, these are opportunities we simply cannot afford to miss.”

Living with Lower for Longer 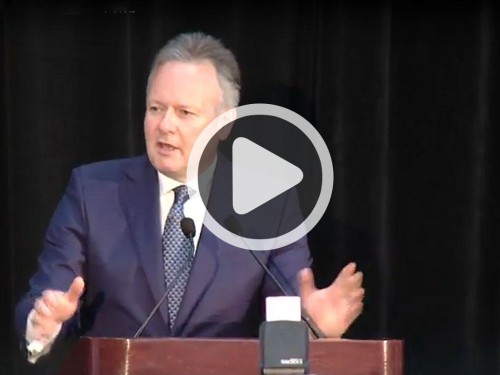 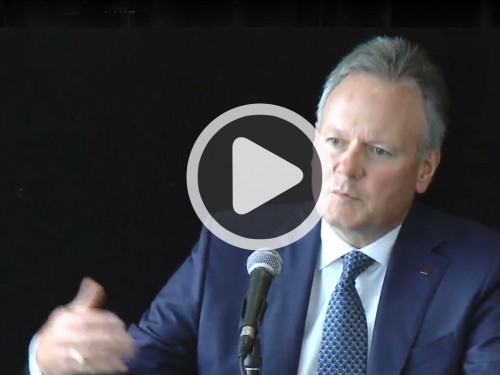