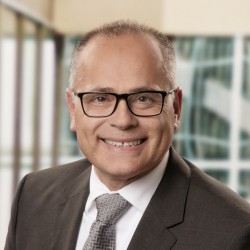 Manuel Parreira was appointed Regional Director at the Ontario Regional Office of the Bank of Canada in July 2007. In this capacity, he is responsible for developing business relationships and partnerships with key stakeholders, and identifying currency-related emerging issues and areas for growth in the region. He also supports compliance and education objectives through outreach activities that promote the mandates of both the Currency Department and the Bank of Canada.

Mr. Parreira was born in Angra do Heroismo, on Terceira Island, in the Azores, in Portugal. He began his career at the Bank in 1981 and progressed through a series of increasingly senior positions, including supervisor and team leader in the Bank's Toronto Agency Operations Centre for 10 years. He then joined the Ontario Regional Office in 2002, where he served as a senior analyst until his appointment as Regional Director.