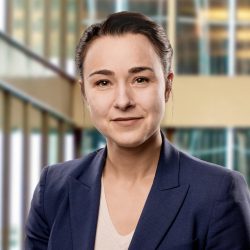 Harriet Jackson was appointed Managing Director of the Bank of Canada’s International Economic Analysis Department (INT), effective August 16, 2021. She is responsible for the management and strategic direction of the department, which includes providing rigorous and timely analysis of global economic conditions as well as advice on monetary policy and international policy issues.

Ms. Jackson first joined the Bank in 2007 as a principal researcher in the Research department, now Canadian Economic Analysis (CEA). She later became Policy Advisor in INT, leading the department’s contribution to the Bank’s flagship Monetary Policy Report. She was appointed Senior Officer in CEA in 2015, supporting the fixed announcement date process and supervised the work of the Regional Analysis Division. As Deputy Managing Director of INT from November 2017 until her current appointment, she oversaw analysis of global economic developments and their implications for Canadian monetary policy.

Previously, Ms. Jackson worked at the Department of Finance Canada and the Privy Council Office, where she provided advice on a wide range of fiscal and macroeconomic issues.

Ms. Jackson was born in Kitchener, Ontario, and completed both her undergraduate and master’s degrees in economics at McMaster University in Hamilton.

Staff Discussion Paper 2015-13 Harriet Jackson
A key issue in the renewal of the inflation-control agreement is the question of the appropriate level of the inflation target. Many observers have raised concerns that with the reduction in the neutral rate, and the experience of the recent financial crisis, the effective lower bound (ELB) is more likely to be binding in the future if inflation targets remain at 2 per cent.
Content Type(s): Staff research, Staff discussion papers Topic(s): Central bank research, Financial markets, International topics, Monetary policy framework JEL Code(s): E, E5, E52, E58, E6, E65