Good morning. Thank you for joining me to discuss the latest issue of the Bank of Canada’s Financial System Review (FSR), which we published today.

The purpose of the FSR is to identify and explain key vulnerabilities of the Canadian financial system. Vulnerabilities need not lead to serious problems. Some work themselves out before anything bad happens. But the lesson from history is that if left unchecked, financial vulnerabilities can lead to calamities— either because they amplify negative shocks, making bad situations worse, or because they become sources of instability on their own.

We assess vulnerabilities with two aims in mind. The first is better risk management. By identifying vulnerabilities and outlining how they could lead to bad outcomes, we hope to raise awareness and understanding. The better that households, the private sector, financial authorities and governments   understand the vulnerabilities of the financial system, the better able they are to manage and defuse them.

But risk can never be eliminated. Shocks are by their nature unpredictable, so sometimes a bad shock or series of shocks will hit us before a vulnerability has been managed down. This leads to the second aim: better crisis management. Effective contingency plans can greatly reduce the impact of a calamity if one materializes. And the better understood vulnerabilities are across the financial system, the better prepared we can all be.

The analysis showcased in the FSR underpins our assessments of the priorities for strengthening risk management and crisis preparedness.

For the past 14 months, a very extreme event—the COVID-19 pandemic—has affected people’s health and economic well-being unlike anything we have seen before. A year ago, we used the FSR to provide analysis of the early impacts of the pandemic on the Canadian financial system. The current FSR looks at how things have evolved and highlights short- and medium-term issues of concern.

I’d like to take a few minutes before answering your questions to touch on three themes from the FSR: our collective resilience, the need for continued vigilance, and the imperative to think ahead and act now on key medium-term vulnerabilities.

The Canadian financial system went into this crisis in a solid position and has proved to be resilient. This reflects sound risk management across a range of financial system participants combined with Canada’s strong regulatory and supervisory framework. Unprecedented policy support from governments and the Bank has also played a crucial role. Together, these factors have allowed the financial system not only to weather the huge shock but also to act as a shock absorber for the broader economy—by continuing to provide credit and by deferring loan payments for some households and businesses.

When financial markets seized up in the early weeks of the crisis, the Bank provided overwhelming liquidity support to the financial system. This was essential to keep credit flowing. And it worked. Markets recovered quickly and have been functioning normally for some time. That’s why in recent months we have wound down our extraordinary market-making and liquidity facilities.

Still, there are plenty of reasons for all of us to remain vigilant.

Globally, an improving economic outlook and low interest rates have led to strong investor appetite for risk, raising the prices of a range of assets and narrowing credit spreads back to near pre-pandemic levels. A rapid change in market sentiment—perhaps due to a setback in efforts to end the pandemic or a stalled economic recovery—could cause a sharp repricing of risk and a tightening of global financial conditions. That could spill over into Canada and could interact with existing vulnerabilities. Wider credit spreads could particularly affect Canadian companies that rely on high-yield debt markets.

The biggest domestic vulnerabilities are those linked to imbalances in the housing market and high household indebtedness. These are not new, but they have intensified because of the unusual circumstances caused by the pandemic.

With so many Canadians working and studying at home, people want more space. Consumer preference, combined with low interest rates that make borrowing more affordable, has boosted demand for single-family homes, particularly in suburbs and outlying areas of major Canadian cities. Housing supply has not been able to keep up with this surge in demand, and this has pushed prices for single-family homes sharply higher in several markets. Our analysis suggests that in some markets, price expectations have become extrapolative—meaning people may be rushing to buy partly because they expect prices to keep rising. This behaviour can exaggerate near-term house price increases relative to fundamental demand.

During the pandemic, many households have added to savings and paid down consumer debt. At the same time, some households have taken on significantly more mortgage debt. The increased issuance of mortgages with high loan-to-income ratios is of most concern. At an individual level, Canadians need to be prudent in taking on new debt. It is important to understand that the recent rapid increases in home prices are not normal. Even without a shock, some of the factors that caused prices to rise fast could reverse later, and that could leave some households with less equity in their homes. And interest rates are unusually low. Borrowers and lenders both have roles in ensuring that households can still afford to service their debt at higher rates. Counting on ever higher house prices to build home equity that can be used to refinance mortgages in the future is a bad idea.

In this regard, the proposal by the Office of the Superintendent of Financial Institutions (OSFI) to introduce a fixed floor to the minimum qualifying rate for uninsured mortgages is welcome. As well, measures in the federal budget should help to increase the supply of housing. More generally, achieving a better balance between demand and supply in the housing market will be important for reducing these housing-related vulnerabilities.

In the FSR, we also discuss a number of ongoing issues that we all need to take seriously now to protect our financial system and economy in the future.

First among these are climate-related vulnerabilities. The potential impact of climate risks is generally underappreciated, and they are not well priced. That means the transition to a low-carbon economy could leave some investors and financial institutions exposed to large losses in the future. In this FSR, we use a new approach to map how severe weather events and financial vulnerabilities could intersect. We find that in some parts of the country, particularly British Columbia and Ontario, households that are highly leveraged are also more exposed to severe weather events. The Bank, together with OSFI and the financial sector, is also working to assess the financial-system implications of different scenarios for the transition to a low-carbon economy. We’re learning a lot from this work and will publish a report later this year.

A second ongoing vulnerability is fixed-income market liquidity. While financial markets are currently functioning well, the extreme market stresses that occurred when the pandemic struck highlighted the vulnerability of the financial system to sudden spikes in the demand for liquidity. Over the past decade, the potential demand from the asset-management industry for market liquidity in periods of stress has outpaced the capacity of banks to provide it. We are working at both domestic and international levels to better understand this structural liquidity vulnerability and how best to improve the resilience of core funding markets.

Finally, the digital transformation of the economy and the interconnected nature of the financial system—globally and in Canada—increase the risks of a cyber attack. The recent ransomware attack on a top US pipeline operator is a timely illustration. This FSR discusses a number of cyber security initiatives the Bank is leading.

With that, I would be happy to answer your questions. 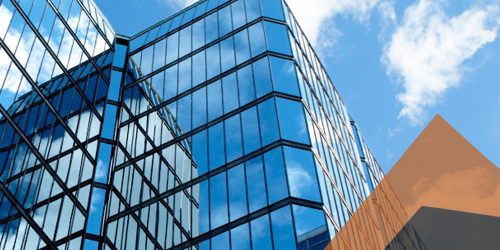 A stable and efficient financial system is essential for sustaining economic growth and raising living standards. In our Financial System Review, we identify the main vulnerabilities and risks in the financial system in Canada and explain how they have evolved over the past year. 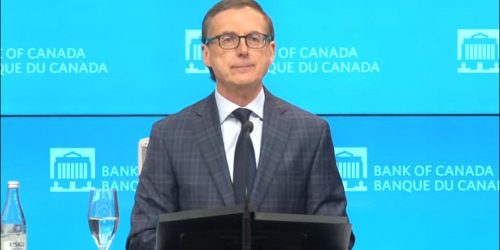