In a lecture at Queen’s University, Governor Poloz said that the Canadian economy is currently in the phase of the economic cycle where companies need to expand capacity to meet rising demand. “Growing their sales further means increasing investment, leading to the creation of new jobs and increased aggregate supply,” the Governor said. “Obviously, this is a phase worth nurturing.”

Governor Poloz pointed to several sources of untapped potential economic growth, including increased participation in the workforce by youth, women, indigenous peoples, Canadians with disabilities and recent immigrants to Canada. “It is not much of a stretch to imagine that Canada’s labour force could expand by another half a million workers,” he said, which would permanently raise the country’s capacity to grow without leading to higher inflation.

An inflation-targeting central bank can facilitate the creation of new potential output by following a risk-management approach to monetary policy, the Governor said. “If the economy builds more supply than usual, that will put downside risk on inflation; if less, that will create upside risk to inflation, and it is our job to balance those risks,” Governor Poloz said. “We cannot know in advance how far the capacity-building process can go, but we have an obligation to allow it to occur.”

Canada’s untapped potential extends to the future of work, the Governor explained. The investments made today in existing and new companies will exploit technological breakthroughs and create tomorrow’s jobs in new and existing sectors, even as they disrupt some established industries, he said. Many new jobs are created in sectors where the required skills are not very different from those being disrupted, the Governor added. “Throughout history, technological advances have always led to rising productivity and living standards, and they have always created more jobs than they destroyed.”

Today’s Labour Market and the Future of Work 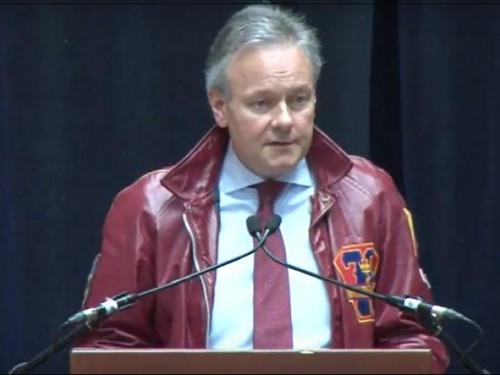 Today’s labour market and the future of work - Stephen S. Poloz, the Governor of the Bank of Canada, speaks at the Smith School of Business at Queen’s University. (10:30 (ET) approx.) 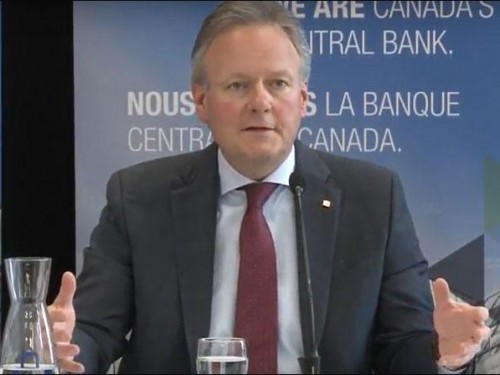 Today’s labour market and the future of work - Stephen S. Poloz, the Governor of the Bank of Canada, speaks at the Smith School of Business at Queen’s University. (11:45 (ET) approx.)