The Bank of Canada’s approach to monetary policy has become particularly data dependent, because of significant unknowns around the inflation outlook as the Canadian economy nears its potential, Governor Stephen S. Poloz said today.

In a speech to the St. John’s Board of Trade, Governor Poloz reviewed the complex economic adjustments to the 2014 oil price shock, and the progress that has been made since. The Bank’s decision to ease monetary policy in 2015 helped facilitate this progress, and “we could see by the beginning of summer that the economy’s adjustments to lower oil prices were essentially complete,” the Governor said.

While growth in the second quarter far exceeded expectations, and showed the expansion becoming more broadly based and self-sustaining, “recent data point clearly to a moderation in the second half of the year,” the Governor said.

The challenge for the Bank now is to weigh the upside and downside risks to inflation as the economy approaches its capacity. In the current environment, several unknowns are preventing the Bank from thinking mechanically about the outlook for interest rates, the Governor said. In particular, as the economy nears its potential, business investment can have the effect of pushing out its capacity limits, either through increases in productivity or the workforce, giving the economy more room to grow in a non-inflationary way, he said.

Other unknowns that are clouding the outlook for inflation include the impact of the digital economy, which may be placing downward pressure on inflation, ongoing weak wage growth, and the sensitivity of the economy to higher interest rates given elevated levels of household debt.

“We need to keep updating our understanding of the economy in real time,” the Governor said, as he highlighted the work done by the Bank’s regional offices to gauge business sentiment and gather intelligence from the business community.

“There is no predetermined path for interest rates from here,” the Governor concluded. “Monetary policy will be particularly data dependent in these circumstances and, as always, we could still be surprised in either direction. We will continue to feel our way cautiously as we get closer to home, fostering economic growth and keeping our inflation target front and centre.”

The Meaning of “Data Dependence”: An Economic Progress Report 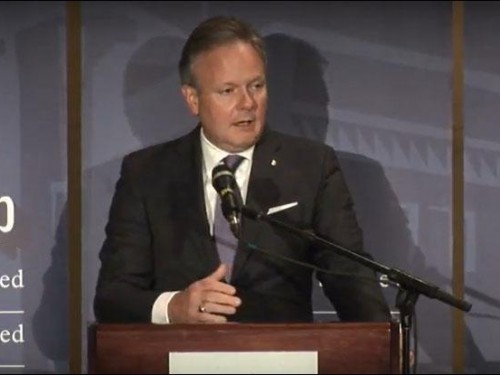 The Meaning of “Data Dependence”: An Economic Progress Report - Stephen S. Poloz, the Governor of the Bank of Canada, speaks before the St. John’s Board of Trade (12:00 (ET) approx.)
Content Type(s): Press, Speeches and appearances, Webcasts
September 27, 2017 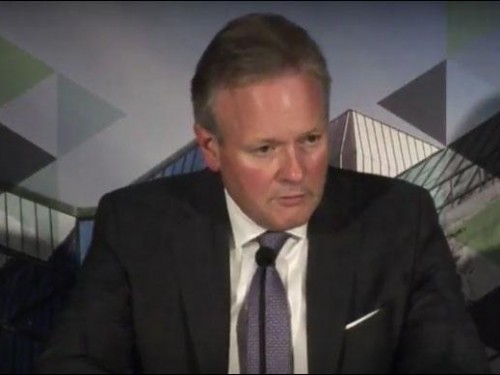 The Meaning of “Data Dependence”: An Economic Progress Report - Stephen S. Poloz, the Governor of the Bank of Canada, speaks before the St. John’s Board of Trade (12:55 (ET) approx.)