The Canadian economy is undergoing important, complex adjustments following the drop in oil prices over the past two years and in the context of the longer trends of population aging and modest productivity growth, Senior Deputy Governor Carolyn Wilkins said today.

“The adjustments are clearly under way,” Senior Deputy Governor Wilkins said in a speech at the Université du Québec à Trois-Rivières. “There has been progress, but also a few setbacks.”

Senior Deputy Governor Wilkins discussed how Bank of Canada policy-makers analyze the economic situation as they set policy to achieve the Bank’s 2 per cent inflation target. She described three economic adjustments that Governing Council members are following closely as they prepare for the 19 October policy rate announcement and release of the Monetary Policy Report: stabilization in the energy sector, sustained pickup in non-commodity exports and sustained growth in the rest of the economy.

“Progress has been made with respect to the adjustments I have just described, but there is still material slack in the economy,” she said. “Governing Council looks forward to providing an update on our outlook, as well as an interest rate announcement, in a couple of weeks.” 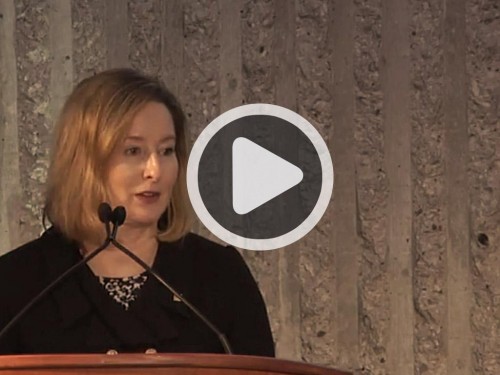