Good morning. Senior Deputy Governor Wilkins and I are pleased to be with you today to talk about the June issue of the Bank’s Financial System Review (FSR), which we published this morning.

Since our last FSR in December, the global macroeconomic environment first deteriorated but then improved. The US economic recovery gained traction, and accommodative monetary policies helped stabilize global financial conditions. Here in Canada, the economy continues to work its way through the implications of low oil prices, even though prices have recovered some lost ground. The export recovery remains uneven, and has yet to translate into stronger investment spending. Nevertheless, we remain confident that those forces are in motion in light of continued US expansion, past monetary policy actions and announced fiscal plans. More recently, the devastating wildfires in Alberta pose a significant downside risk for near-term economic growth, but estimated insurance claims, while large, do not suggest a threat to financial stability.

Today’s FSR focuses on the same three vulnerabilities as our December report:

We assessed these vulnerabilities in the context of four risk scenarios, namely:

Nevertheless, it was the view of Governing Council that this conclusion merited a caveat, which is that the pace of house price increases in Toronto, and especially Vancouver, is unlikely to be sustained, given underlying fundamentals. This suggests that prospective homebuyers and their lenders should not extrapolate recent real estate price performance into the future when contemplating a transaction. Indeed, the potential for a downturn in prices in these markets, although difficult to quantify, is growing. A significant decline in house prices could have material consequences for some individuals and for some entities in the mortgage business. However, the financial system as a whole is resilient enough to handle the potential impact.

The third financial vulnerability featured in the FSR is the fragility of fixed-income market liquidity. The empirical evidence is mixed, but there is considerable anecdotal evidence that fixed-income markets have become less liquid, in part as a consequence of regulatory reforms to safeguard the financial system. We believe that the system will eventually evolve in such a way as to make market liquidity more reliable over time. Nevertheless, we will continue to monitor and study this issue, both in Canada and with our international colleagues through the Financial Stability Board and the Bank for International Settlements.

All things considered, the Governing Council is of the view that financial stability risks overall have not changed materially since our last report.

Let me also mention two very interesting reports included in this FSR. The first is a portrayal of Canada’s pension business, focusing on the eight largest public pension funds. Canada is a global leader in pension fund management, and this article provides a comprehensive review of their activities. As major players in Canada’s financial system, these entities warrant the Bank’s interest, and I wish to thank those organizations for their co-operation as we prepared the article. The second report takes a look at the securities-financing market in Canada and the implications of recent developments in that space for bond market liquidity. 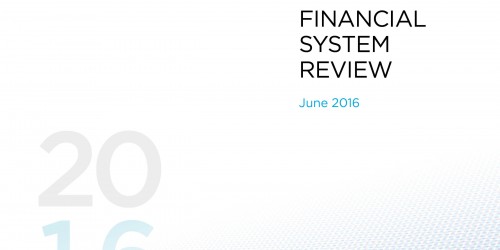 The Financial System Review concludes that the overall level of risk to Canada’s financial system is largely unchanged from six months ago. While household vulnerabilities have moved higher, the ongoing economic recovery in Canada means that the overall risk remains the same. The Bank highlights three vulnerabilities in the financial system: the elevated level of household indebtedness, imbalances in some regional housing markets and the fragility of liquidity in fixed-income markets.

Media Relations Ottawa, Ontario
The Financial System Review (FSR) concludes that the overall level of risk to Canada’s financial system is largely unchanged from six months ago. While household vulnerabilities have moved higher, the ongoing economic recovery in Canada means that the overall risk remains the same. The Bank highlights three vulnerabilities in the financial system: the elevated level of household indebtedness, imbalances in some regional housing markets and the fragility of liquidity in fixed-income markets.
Content Type(s): Press, Press releases
June 9, 2016 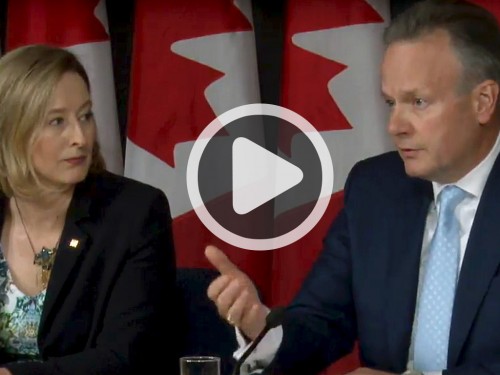 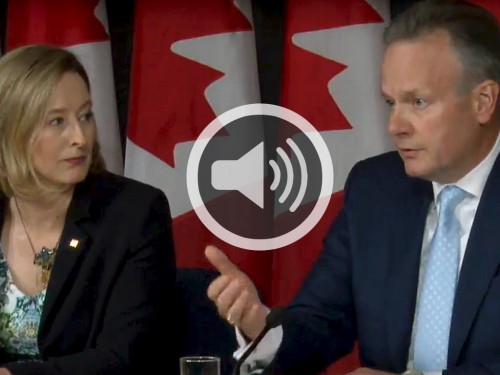