China has grown remarkably since undertaking market reforms in the 1980s and joining the World Trade Organization in 2001. Its transformation has been felt around the globe, notably through international trade and commodity prices. Canada has benefited: China is now our second-largest trading partner, and more than 400 Canadian companies have a foothold in China.

“While China’s economic growth has had an overall positive impact on the Canadian economy, that growth is slowing. It’s slowing to a more sustainable pace, and this is not only inevitable, it’s desirable,” she said in a speech to the Greater Vancouver Board of Trade.

She cited Bank of Canada researchers who think that China has the potential to grow at healthy pace over the longer run, despite demographic forces. “One implication for Canada is that China’s demand for commodities should remain high and grow from a higher base.”

She pointed to steps Chinese authorities are taking to facilitate the transition, including measures to reinforce the social safety net, improve their monetary policy framework and support financial stability. History shows, nonetheless, “that this type of transition is difficult to manage, takes time and is very likely to be uneven,” she cautioned.

Stresses emanating from China could propagate to Canada and would be felt mainly through slower trade and lower commodity prices, Senior Deputy Governor Wilkins said. She added that, while Canadian banks have little direct exposure to China, financial market and confidence channels could also be important.

“China’s transition poses risks, and Canada is well positioned to manage them,” she also said. “The Bank of Canada will continue to watch developments in China closely, given its importance to Canada.”

China’s Great Transition: What It Means for Canada

Vancouver Board of Trade - Speech (Video) 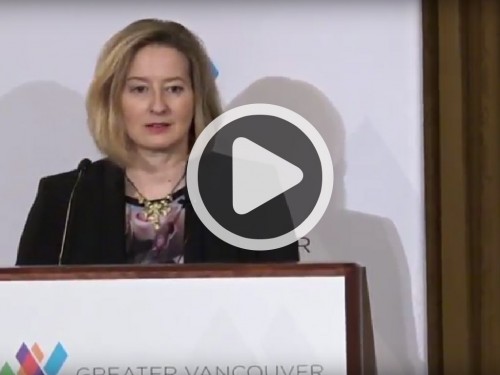 Vancouver Board of Trade - Speech (Audio) 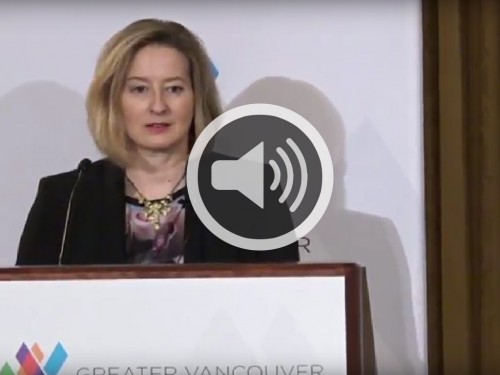