The Bank of Canada is putting innovative thinking at the heart of its corporate strategy through an ambitious research agenda and initiatives to engage people outside the Bank, Senior Deputy Governor Carolyn Wilkins said today.

“Confident as we are in how we do things now, the Bank keeps its eyes on the future,” she said in a speech to the Rotman School of Management and the Munk School of Global Affairs.

As part of its strategic plan, the Bank’s research agenda is centred on critical issues that arose from the global financial crisis. Bank researchers are analyzing innovative monetary policy tools that have been used by a number of central banks since the crisis. The agenda is also pushing the frontiers of economic modelling to better understand the impact of financial developments and determine the appropriate policy actions, Senior Deputy Governor Wilkins said.

“Innovation doesn’t stop with simply adapting our theoretical frameworks and gathering information on the world as we see it today,” she said.

The Bank’s research also focuses on trends that could have transformative implications for the Canadian financial system and economy. China’s growing role in the international monetary system, new payment methods and the opportunities they create, and disruptive technologies are a few examples of issues that are on the Bank’s radar.

Recognizing that innovation requires openness, the Bank is engaging domestic and international counterparts more than ever. “It’s important that people outside the Bank understand what we’re working on when it’s still in the early stages, not when it’s all baked into policy, ” Senior Deputy Governor Wilkins said.

As part of this strategy, the Bank has launched a visiting scholar program and expanded the range of staff research and analysis it publishes, she said.

“When the world is moving around you, standing still is a risky strategy” Senior Deputy Governor Wilkins said. “Our commitment to innovation extends to all parts of our business. It will give us the tools to support Canada’s economic and financial well-being.” 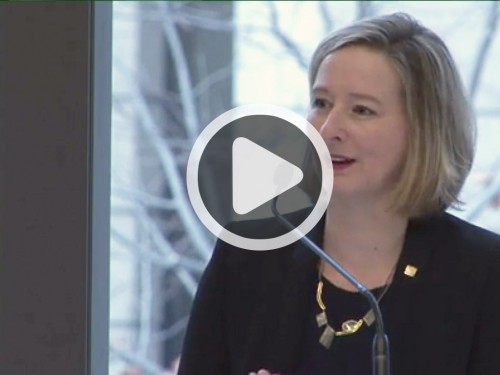 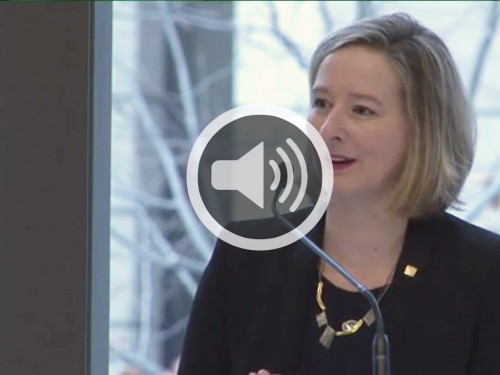