Bank of Canada says risk to financial stability is slightly higher, but system is more resilient

The overall risk to financial stability in Canada has risen in the face of lower oil prices, but the resilience of the system continues to improve, the Bank of Canada said today as it released its biannualFinancial System Review (FSR).

The FSR is intended to raise awareness of the key vulnerabilities, possible triggers and risks to the financial system. The Bank’s assessment is that there is a low probability that the risks identified in the FSR will materialize. Policies and regulations are in place to promote the strength and soundness of the Canadian financial system.

Elevated household indebtedness remains an important vulnerability in the financial system, as it was at the time of the December FSR. Imbalances in the housing market, which are closely related to the state of household finances, are another key concern highlighted in the report.

“We judge that the vulnerability associated with household indebtedness is edging higher, and the overall risk to financial stability in Canada is slightly higher than it was at the time of our December FSR,” said Governor Stephen S. Poloz.

The vulnerabilities described in the FSR could amplify and propagate shocks throughout the system if an event were to trigger any of the four major risks to financial stability. The most important domestic risk is a broad-based decline in employment and incomes that would significantly reduce the ability of households to service their debt, leading to a widespread correction in house prices.

The oil price shock has increased the risk to financial stability, the FSR states, by delaying improvements to incomes and economic growth and impacting the housing markets of oil-producing regions. However, the decline in oil prices alone is unlikely to trigger a material risk to the system as a whole. The Bank continues to expect the imbalances in the household sector and housing market to ease as the economy improves.

The other key risks identified in the FSR are sharply higher long-term interest rates, globally and in Canada; stress emanating from China and other emerging-market economies; and financial stress from the euro area.

Governor Poloz said significant reforms under way in the global and domestic financial systems are designed to reduce the likelihood and impact of future turmoil. “There is no question the global financial system is now more resilient, thanks to these reforms,” he said. “So, while risks may have edged higher, safeguards to protect the financial system are stronger than they were before.” 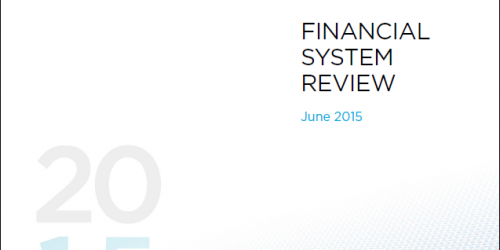 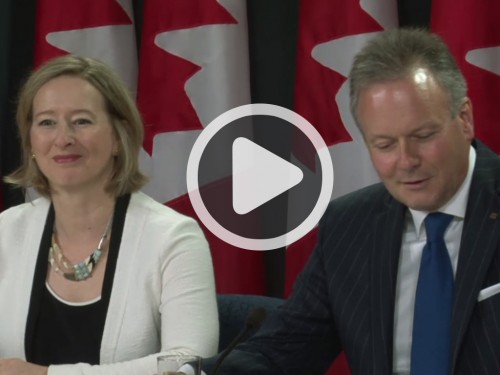 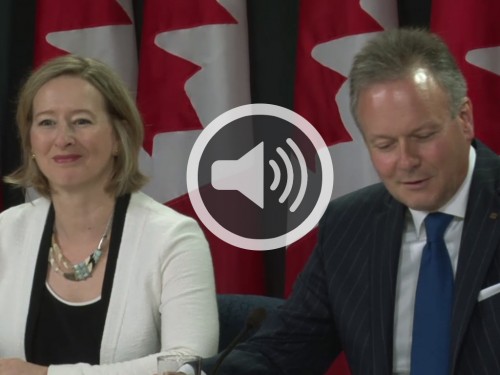