The Bank of Canada today unveiled an enhanced framework to gauge the evolving risks to financial stability in its semi-annual Financial System Review (FSR), finding that the Canadian financial system is robust but still faces significant vulnerabilities.

“After weighing the risks to financial stability through our improved framework, our level of comfort as policy makers remains roughly what it was six months ago,” said Governor Stephen S. Poloz. “Our analysis shows that household imbalances remain the most important vulnerability and could amplify the impact of external shocks.”

The new FSR framework identifies important vulnerabilities to the financial system. While the Bank continues to see a constructive evolution in housing market imbalances and household credit, valuations are stretched, there is overbuilding in some parts of the housing market, and household indebtedness remains high. The financial system is also exposed to potential external shocks through the country’s economic and financial links with the rest of the world.

In light of these vulnerabilities, the Bank judges that the level of risk associated with a sharp correction in house prices remains elevated. The probability of this risk is low given signs that the housing market is still headed for a soft landing, but the impact on the economy and financial system would be severe should it materialize.

The Bank sees that the risk of financial stress emanating from China and other emerging-market economies has increased since December, while the risk of a renewed euro-area crisis has diminished. A sharp increase in global long term interest rates is the fourth risk highlighted by the Bank.

About the New Framework

The Bank of Canada actively fosters a stable and efficient financial system as part of its commitment to promote the economic and financial welfare of Canada. Economic stability and financial stability are interrelated, and the Bank considers the risks to both in an integrated fashion.

The new risk assessment framework is intended to help Canadians better understand the forces at work in the economy. The framework focuses explicitly on the vulnerabilities in the Canadian financial system and how they are evolving. The vulnerabilities, and their interactions, determine the severity of the impact in the event that a particular risk is triggered. The main financial stability risks are then assessed according to their probability and potential impact. 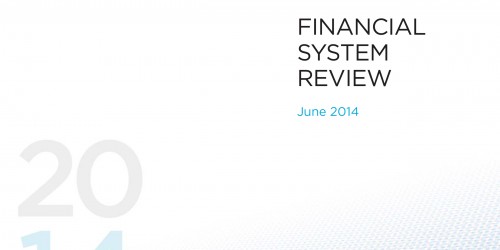 The Reports section of the Financial System Review examines selected issues of relevance to the Canadian and global financial systems.

Press conference following the release of the Financial System Review. 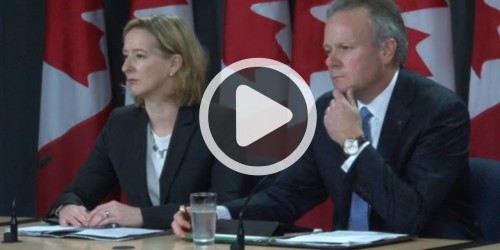 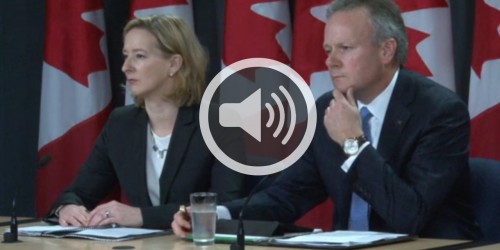