Some Canadian sectors and regions are hot and some are not, but all will ultimately reap the benefits of the country’s rich resource endowment, even as some difficult adjustments take place, Bank of Canada Governor Stephen S. Poloz said today in Saskatoon.

Canada has been adjusting to two major economic shocks in recent years, Governor Poloz told members of the Saskatchewan Trade and Export Partnership. One shock is the aftermath of the financial crisis, which lowered global demand, hindering all sectors. The other is a rise in oil prices that benefited the energy sector and prompted a 7 per cent gain in national income, but presented challenges for some exporters.

“Higher oil prices have stimulated oil production in Canada, magnifying the benefits from the improvement in the terms of trade," the Governor said. He noted that Canada’s economy is demonstrating remarkable flexibility in response to the terms-of-trade shock. “While different regions and sectors adjust differently, and while these adjustments can be painful, they allow us to maximize the benefits of our rich energy endowment - and ultimately everyone gets the gift.”

Manufacturers are adjusting to both shocks by streamlining their activities, introducing new products, entering new markets and outsourcing fabrication.

The Governor noted that the Bank's outlook for a sustained recovery in Canada hinges critically on a recovery in exports. “It is crucial that at the same time there is a pickup of momentum in our exports, which we believe will then be followed by a pickup in business investment,” he said, adding that if the export recovery were less than predicted, the output gap will fail to close and inflation will remain below the 2 per cent target.

“With Canada’s stronger terms of trade, with our healthy business environment, with our ability to innovate, the future of Canada’s manufacturing sector is bright,” the Governor Poloz said.

Still, the Bank projects that it will take until early 2016 to get underlying inflation back up to 2 per cent and the economy growing at full capacity. "Our economy has room to grow. And, when we do get home, there is a growing consensus that interest rates will still be lower than we were accustomed to in the past," Governor Poloz said.

Please see “Canadian Non-Energy Exports: Past Performance and Future Prospects” for more information on the Bank’s research on this topic.

Canada’s Hot - and Not - Economy

Remarks Stephen S. Poloz Saskatchewan Trade and Export Partnership Saskatoon, Saskatchewan
Bank of Canada Governor Stephen S. Poloz discusses the forces fuelling the differences between the hot - and not so hot - sectors of the economy and regions of the country.
Content Type(s): Press, Speeches and appearances, Remarks 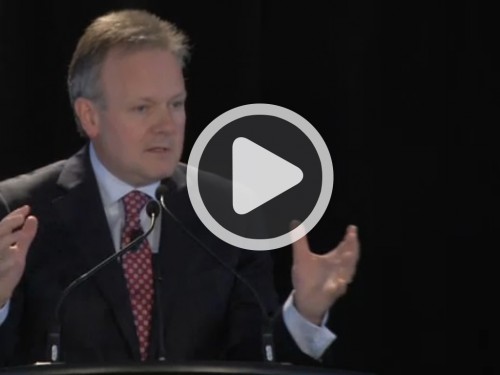 Canada’s Hot - And Not - Economy - Stephen S. Poloz, the Governor of the Bank of Canada, speaks before the Saskatchewan Trade and Export Partnership (14:30 (ET) approx.) 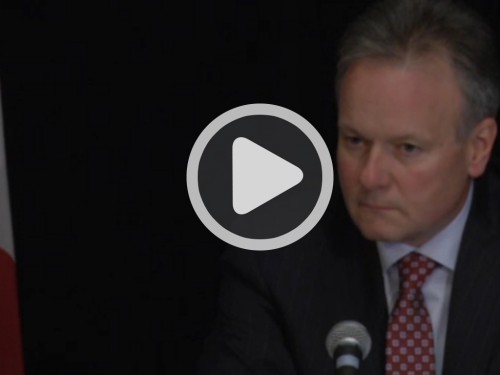 Canada’s Hot - And Not - Economy - Stephen S. Poloz, the Governor of the Bank of Canada, speaks before the Saskatchewan Trade and Export Partnership (16:00 (ET) approx.)

Canada’s Hot - And Not - Economy - Stephen S. Poloz, the Governor of the Bank of Canada, speaks before the Saskatchewan Trade and Export Partnership (14:30 (ET) approx.) and Press conference (16:00 (ET) approx.)