Inflation in Canada has moved further below the 2 per cent target, owing largely to significant excess supply in the economy and heightened competition in the retail sector. The path for inflation is now expected to be lower than previously anticipated for most of the projection period. The Bank expects inflation to return to the 2 per cent target in about two years, as the effects of retail competition dissipate and excess capacity is absorbed.

Global growth is expected to strengthen over the next two years, rising from 2.9 per cent in 2013 to 3.4 per cent in 2014 and 3.7 per cent in 2015. The United States will lead this acceleration, aided by diminishing fiscal drag, accommodative monetary policy and stronger household balance sheets. The improving U.S. outlook is affecting global bond, equity, and currency markets. Growth in other regions is evolving largely as projected in the Bank’s October Monetary Policy Report (MPR). Global trade growth plunged after 2011, but is poised to recover as global demand strengthens.

In Canada, growth improved in the second half of 2013. However, there have been few signs of the anticipated rebalancing towards exports and business investment. Stronger U.S. demand, as well as the recent depreciation of the Canadian dollar, should help to boost exports and, in turn, business confidence and investment. Meanwhile, recent data have been consistent with the Bank’s expectation of a soft landing in the housing market and a stabilization of household indebtedness relative to income.

Real GDP growth is projected to pick up from 1.8 per cent in 2013 to 2.5 per cent in both 2014 and 2015. This implies that the economy will return gradually to capacity over the next two years.

Although the fundamental drivers of growth and future inflation appear to be strengthening, inflation is expected to remain well below target for some time, and therefore the downside risks to inflation have grown in importance. At the same time, risks associated with elevated household imbalances have not materially changed. Weighing these considerations, the Bank judges that the balance of risks remains within the zone articulated in October, and therefore has decided to maintain the target for the overnight rate at 1 per cent. The timing and direction of the next change to the policy rate will depend on how new information influences this balance of risks.

The next scheduled date for announcing the overnight rate target is 5 March 2014. The next full update of the Bank’s outlook for the economy and inflation, including risks to the projection, will be published in the MPR on 16 April 2014. 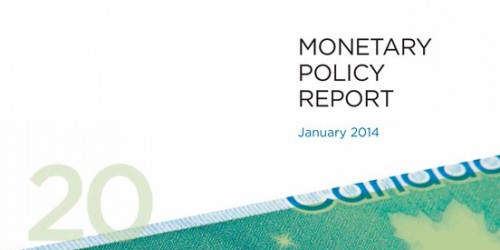 The Canadian economy is estimated to have grown by 1.8 per cent in 2013, and is projected to grow by 2.5 per cent in both 2014 and 2015, gradually returning to its full production capacity over the next two years. 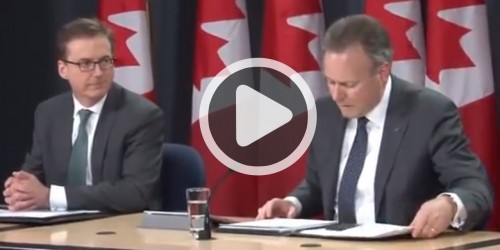 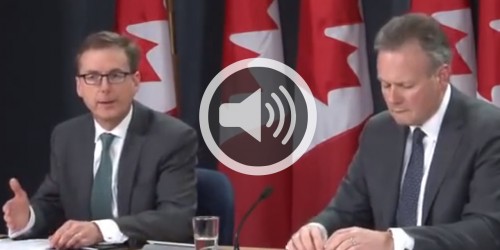