Hello and welcome. It is a pleasure to be here to announce the launch of the new 50 dollar bank note. This bank note features a symbol of Canadian innovation and scientific excellence: the Canadian Coast Guard icebreaker and research vessel, the Amundsen.

Today is also a celebration of the 50th anniversary of the Coast Guard. So we find ourselves in an ideal location, in Québec, a city with a rich maritime heritage.

Icebreakers are an important part of the Coast Guard’s fleet, and it is entirely fitting to feature one on our currency. These new 50 dollar polymer bank notes, the second of our Frontiers series, will become available in banks throughout the country as of today.

This series of bank notes is called “Frontiers” for two reasons. First, each bank note includes images that represent Canada’s exploits and achievements, particularly those in the sciences, technology or exploration. The image on this note is an example of expanding the frontiers of knowledge and understanding of the Arctic.

The bank notes themselves have crossed a technological frontier. There is simply no other currency like it. These new notes feature a unique combination of transparent elements, holographic images, and other security features. They are the result of innovative technology and Canadian ingenuity, including research by the Bank of Canada and excellent collaboration among physicists, chemists, engineers and other experts in the bank note industry.

Thanks to greatly enhanced security features and efforts undertaken by police forces, especially the Sûreté du Québec and the RCMP, as well as the support of financial institutions and retailers, counterfeiting rates have been reduced by 90 per cent since 2004. Issuing this new series of bank notes enables us to continue to stay ahead of counterfeiters. In addition to impressive security features to combat counterfeiting, these notes will last longer than those made from paper—at least two-and-a-half times longer— and will therefore be more economical and have a smaller environmental footprint. When they are eventually withdrawn from circulation, they will be recycled into other products here in Canada.

Safer, cheaper, and greener: indeed, these new bank notes are a 21st century achievement of which all Canadians should be proud and in which they can have full confidence.

This last point is very important. According to Bank of Canada research, when Canadians shop, they use cash for more than half of their transactions. They need a currency they can trust and the bank notes of this series are the most secure ever developed in the history of the Bank of Canada.

Let us move now to the images that are on these bank notes; the Bank consulted citizens throughout their development. It was Canadians who told us they liked the new polymer material. And these citizens also gave us the ideas for themes.

On the 50 dollar note you will see an image of the Amundsen, an icebreaker that keeps our oceans open to navigation. The Amundsen also undertakes search and rescue missions in the far north and serves as a research base where scientists from around the world come to work together.

I think that Roald Amundsen, the great Norwegian explorer of both poles, would be very proud of the spirit of adventure, scientific excellence, and collaboration that are so apparent on the ship that bears his name.

Thank you everyone for coming today. 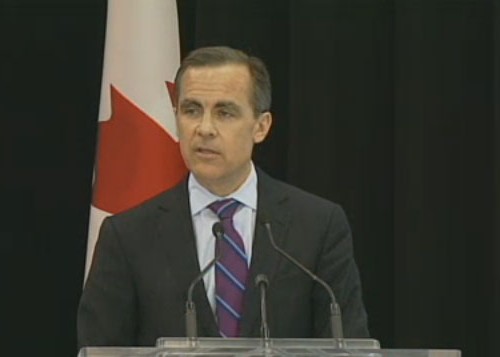 Bank Note Launch - A ceremony to officially issue the new $50 note, which highlights Canada’s commitment to Arctic research and the development and protection of northern communities, will be held at the Canadian Coast Guard’s Québec port facility, and will feature the CCGS Amundsen - the Arctic research vessel depicted on the back of the new bill.