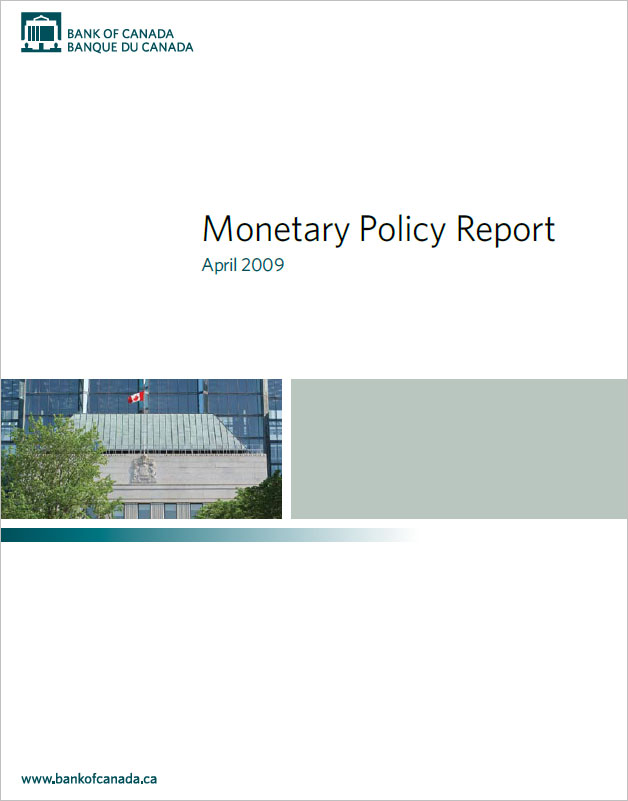 In an environment of continued high uncertainty, the global recession has intensified and become more synchronous since the Bank’s January Monetary Policy Report Update, with weaker-than-expected activity in all major economies. Deteriorating credit conditions have spread quickly through trade, financial, and confidence channels. While more aggressive monetary and fiscal policy actions are under way across the G-20, measures to stabilize the global financial system have taken longer than expected to enact. As a result, the recession in Canada will be deeper than anticipated, with the economy projected to contract by 3.0 per cent in 2009. The Bank now expects the recovery to be delayed until the fourth quarter and to be more gradual. The economy is projected to grow by 2.5 per cent in 2010 and 4.7 per cent in 2011, and to reach its production capacity in the third quarter of 2011. Given significant restructuring in a number of sectors, potential growth has been revised down. The recovery will be importantly supported by the Bank’s accommodative monetary stance.