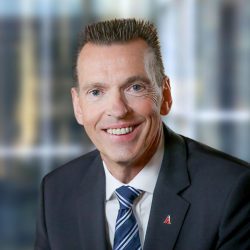 Raymond (Ray) Ivany was appointed to the Bank of Canada’s Board of Directors in September 2018.

Born in Sydney, Nova Scotia, Mr. Ivany graduated with a Bachelor of Arts degree and a Diploma in Engineering Technology from the College of Cape Breton and a Master of Science in Environmental Health from East Tennessee State University. He was also a Research Fellow at Harvard University’s Department of Environmental Science and Physiology at its School of Public Health.

Mr. Ivany is a private consultant in the areas of strategic planning and leadership and serves as a Director of Nova Scotia Power Inc. and Nova Scotia Business Incorporated. He retired as President and Vice-Chancellor of Acadia University in 2017 after a career spanning more than three decades. He began his career as a faculty member at the University College of Cape Breton, where he later served as Dean and then Executive Vice-President. He also served as President and Chief Executive Officer of Nova Scotia Community College from 1998 to 2005.

Mr. Ivany has also been active in public policy development. He served as Chair of the Workers’ Compensation Board of Nova Scotia and a member of the Natural Sciences and Engineering Research Council of Canada, the Ontario Investing in Students Task Force, the National Round Table on the Environment and the Economy, and the Canadian Council on Learning. In 2012, he chaired an economic commission that resulted in a landmark report—Now or Never: An Urgent Call to Action for Nova Scotians.

Mr. Ivany has received numerous awards including being named to Maclean’s Magazine’s Honour Roll of Ten Canadians Who Made a Difference, Canada’s Most Admired CEO in the Public Sector, Person of the Year by the Halifax Chamber of Commerce and Atlantic Business Magazine’s Top 50 CEO Hall of Fame. Mr. Ivany received the Order of Nova Scotia in 2017 and the Order of Canada in 2020.