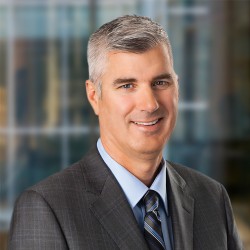 Greg Stewart was appointed to the Bank of Canada’s Board of Directors in October 2014.

Mr. Stewart was born in Windsor, Ontario. He received a Bachelor of Science in Agricultural Economics from the University of Manitoba in 1988. He has also completed numerous executive management and leadership development programmes, including at the Executive Institute of the University of Chicago’s Graduate School of Business.

Mr. Stewart has more than 26 years of experience with Farm Credit Canada (FCC), a leading agricultural lender and self-sustaining Crown Corporation. From 2007 until June 2014, he was President and Chief Executive Officer of FCC and prior to that he served as Chief Operating Officer, Senior Vice-President of National Lending Operations, Vice-President of Western Operations and Agri-business, and Vice-President of Risk Management. He was also the owner of Stewart Price Construction and Assistant Manager at Cargill Elevators.

Mr. Stewart has a chartered director designation from the Directors College and also serves on the Board of Directors of Habitat for Humanity, Canada.