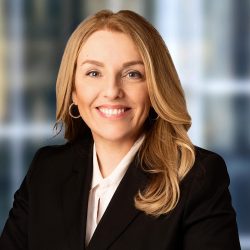 Anne Whelan was appointed to the Bank of Canada’s Board of Directors in June 2018.

Originating from Placentia, Newfoundland and Labrador and residing in St. John’s, Ms. Whelan holds a Bachelor of Arts and a Master of Business Administration from Memorial University. She also completed advanced studies in alternative dispute resolution and holds the ICD.D designation from the Directors Education Program at the University of Toronto’s Rotman School of Business.

Ms. Whelan is principal shareholder and chief executive officer (CEO) of Seafair Capital, a growth-focused company with investments in community and behavioural health services and technology, e-learning, and corporate services.  In addition to leading her group of companies, Ms. Whelan serves as a corporate director of CSA Group, and Nova Leap Health (TSXV: NLH). She has previously served as board chair of Newfoundland Power, a subsidiary of Fortis Inc, and as a director for Newfoundland and Labrador Oil & Gas Industries Association, and the Business Development Bank of Canada. Ms. Whelan brings her down-to-earth style and entrepreneurial passion to every conversation, contributing her time and talent to various other regional boards and community service initiatives including service as vice-chair of The Gathering Place, an inner city service for guests in need of food, shelter, healthcare, community supports and socialization.

Ms. Whelan has been nationally and regionally recognized for her business and community contributions. She was named one of Canada’s 100 Most Powerful women in 2021 and 2016. In 2019, she was awarded the Red Cross Humanitarian of the Year Award. In 2017, she was named Startup Canada’s Entrepreneur of the Year for an outstanding contribution to Canadian entrepreneurship and was also awarded the P.J. Gardiner Newfoundland and Labrador Entrepreneur of the Year Award from Memorial University. Ms. Whelan was named Atlantic Business Magazine’s CEO of the Year in 2014 and was inducted into Atlantic Business Magazine’s Top 50 CEO Hall of Fame in 2015. In 2012, she was awarded the Queen’s Diamond Jubilee Medal.