Work toward renewing Canada’s inflation-targeting framework and understanding the impact of digital technology highlight a packed agenda for the Bank of Canada in 2020, Governor Stephen S. Poloz said today.

In a speech to the Empire Club, Governor Poloz outlined what Canada’s central bank is doing given the major forces that will continue to affect the global economy over the next few years. “We can see the broad forces of low interest rates, rising debt and technological change working in combination to stress households, companies and governments,” the Governor said. “The impact of these forces will keep the Bank of Canada busy in 2020 and beyond.”

Against this backdrop, the Bank of Canada will work next year toward a recommendation for the 2021 renewal of its inflation-targeting framework, Governor Poloz said, including an open, public consultation process. “As an accountable, public institution, we are eager to hear your views,” the Governor noted.

The Bank will also keep pursuing the goal of embedding financial stability linkages in its monetary policy framework. This is particularly important given the long-term outlook for low global interest rates and rising indebtedness, Governor Poloz said. As well, the Bank is scoping out work on a next-generation economic model to replace its current structural projection model.

Understanding the economic and financial impact of digitalization is also crucial. While new technologies should ultimately lead to stronger economic and productivity growth, “so far, we have not seen signs of higher productivity in the economic data,” the Governor said. As was the case with previous technological breakthroughs, it is possible that economic statistics are not fully capturing these developments. The Bank will also focus on the impact of technology on payments and money, Governor Poloz added.

The Governor concluded by expressing confidence in Canada’s ability to face current challenges. “One should never underestimate the ability of Canadians to face and overcome challenges, using the same tools they always have—hard work and ingenuity.”

Big Issues Ahead: The Bank’s 2020 Vision 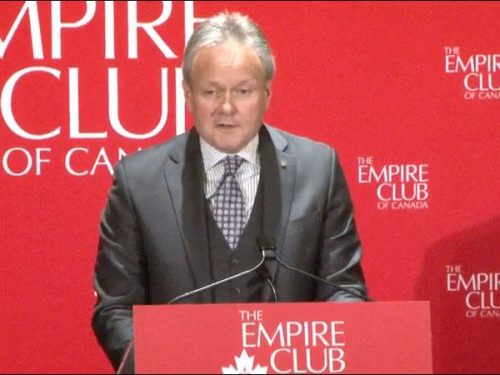 Seeing the Big Picture with 2020 Vision - Stephen S. Poloz, the Governor of the Bank of Canada, speaks before the Empire Club of Canada. (12:55 (Eastern Time) approx.) 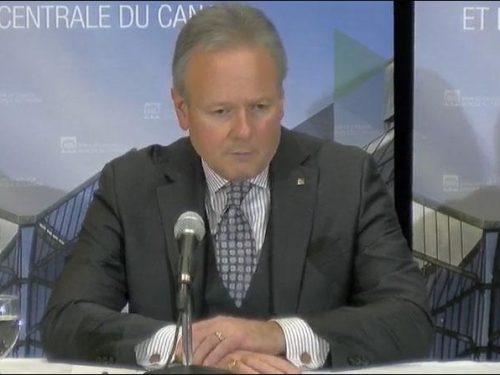 Seeing the Big Picture with 2020 Vision - Stephen S. Poloz, the Governor of the Bank of Canada, speaks before the Empire Club of Canada. (14:00 (Eastern Time) approx.)