Monetary policy has proven to be a powerful instrument to control inflation and promote Canada’s economic welfare, subject to a number of limitations, Bank of Canada Governor Stephen S. Poloz said today.

Under Canada’s inflation-targeting framework, economic cycles have become less severe, unemployment is lower and the economy adjusts more quickly to shocks, Governor Poloz noted in a speech to the Chamber of Commerce of Metropolitan Montreal. More than a quarter century of success “has led many to conclude that keeping inflation low, stable and predictable is the best contribution that monetary policy can make to the economy,” he said.

But the limitations of monetary policy mean that it cannot solve all economic problems, the Governor added. The first limitation is that since monetary policy has only one instrument, the Bank cannot use interest rates to target more than one variable. “Ultimately, inflation is the sole target of the policy,” Governor Poloz said.

The second limitation is the fact that keeping inflation low can still lead to a buildup of dangerous imbalances, such as high levels of household debt. Governor Poloz illustrated this by using the Bank’s economic models to show the result of keeping interest rates persistently low, delivering unneeded stimulus. If the Bank had not raised interest rates over the past couple of years, as the economy was completing its recovery, inflation would be approaching the top of the target band and likely continuing to climb. This means interest rates would have needed to rise forcefully. Further, household debt levels would have been higher, while house prices would have continued to rise rapidly, he said.

The mix of policies—monetary, macroprudential and fiscal—plays an important role in managing the vulnerabilities related to imbalances, Governor Poloz said. “In certain circumstances, relying less on low interest rates to bring the economy home can mean a more resilient economy.”

The third limitation refers to the uncertainties related to the conduct of monetary policy. “The reality is that conducting monetary policy requires a lot of judgment,” Governor Poloz said. An important uncertainty at present is how monetary policy combined with macroprudential policies affects the housing market, the Governor said. The Bank will watch incoming data closely to see how the housing market evolves, while also monitoring the outlook for business investment and developments in global trade policy.

The lessons learned from today’s experience will be important as the Bank prepares for the next renewal of its inflation-control agreement with the government in 2021, Governor Poloz concluded. 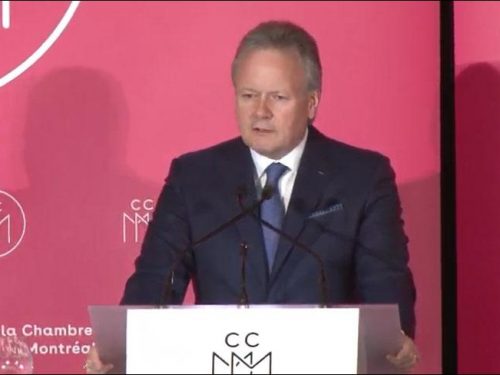 Monetary Policy - Stephen S. Poloz, the Governor of the Bank of Canada, speaks before the Chamber of Commerce of Metropolitan Montreal (13:00 (Eastern Time) approx.) 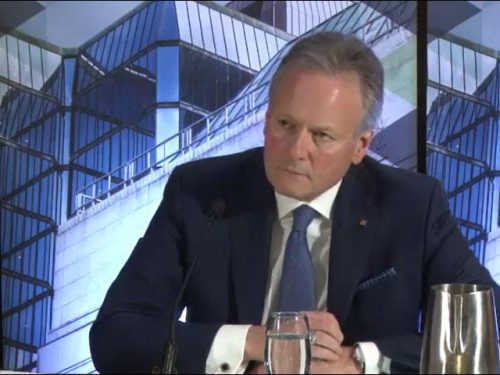 Monetary Policy - Stephen S. Poloz, the Governor of the Bank of Canada, speaks before the Chamber of Commerce of Metropolitan Montreal (14:00 (Eastern Time) approx.)

Speech summary Stephen S. Poloz Montréal, Quebec
In his first speech of 2019, Governor Stephen S. Poloz explains that monetary policy is a powerful tool to promote our economic welfare. But he also notes that it has some key limits that need to be better understood in the face of uncertainty.
Content Type(s): Press, Speeches and appearances, Speech summaries Topic(s): Inflation targets, Monetary policy framework