Good morning. Thank you for coming here to the Bank of Canada. Senior Deputy Governor Wilkins and I are happy to be with you to talk about the latest issue of the Bank’s Financial System Review (FSR), which we published today.

The most important vulnerabilities for the financial system remain the high level of household indebtedness and imbalances in housing markets. These vulnerabilities continue to be elevated and it will take a long time for them to return to more sustainable levels. A stronger economy and sound policies are working in the same direction to help bring about a gradual easing of these vulnerabilities, and this trend should continue. Let me give you some details.

Since our last report in June, household debt has continued to rise more quickly than household income. Borrowing for mortgages and home equity lines of credit is driving this growth. Further, we see that households with the highest debt relative to their income are carrying a growing share of the total. That said, new and pending rules for housing finance should help mitigate this vulnerability.

Last year, the government introduced stricter rules for high-ratio mortgages—that is, where the down payment is less than 20 per cent of the value of the home. These rules are continuing to improve the quality of new high-ratio mortgages. Fewer of these mortgages are being issued, particularly among highly indebted households.

However, we have become increasingly concerned about low-ratio mortgages—those where the down payment is more than 20 per cent of the value of the home. We are continuing to see an increase in new low-ratio mortgages that have riskier characteristics. More of these are being taken out by highly indebted households, and a growing share of borrowers is choosing an amortization period longer than 25 years. Last month, the Office of the Superintendent of Financial Institutions announced enhanced guidelines for low-ratio mortgages that are similar to the changes announced for mortgage insurance last autumn. There will be restrictions on borrowing from multiple sources to finance a purchase, and borrowers will have to show that they could handle higher interest rates. That is just good practice for anybody who is taking on new debt.

While we can be confident that the new rules will help mitigate this vulnerability, their precise impact will depend on how both borrowers and lenders respond. We will be watching this closely when the guidelines come into effect next year.

Another important development since June is the Bank’s tightening of monetary policy through two interest-rate increases, which came in the context of improving economic fundamentals. The effect of these moves on mortgages is complex. Roughly 15 per cent of borrowers have floating-rate mortgages, and they felt the impact immediately. However, interest rates on fixed-rate mortgages only change when they are renewed, and about half of all mortgages will not reset for more than a year. Some of those that will reset next year could even see their interest rate decline, depending on their term. Improvements in the labour market, particularly stronger wage growth, should help households adjust to higher interest rates. But clearly, this is another area we will watch closely.

The second vulnerability, imbalances in the housing market, has also been affected by recent changes in government policy. Price growth has slowed in the Greater Toronto Area after the Ontario government introduced policies aimed at housing affordability. This slowing pulled down national house price growth to an annual rate of 10 per cent.

The Toronto-area market is following a pattern similar to what took place in the Greater Vancouver Area last year, where resales fell sharply and new listings rose after the B.C. government announced a tax on non-resident buying. It is worth noting that prices in the Vancouver area are once again growing more quickly than the national average. The Bank will continue to monitor housing market imbalances closely, particularly for signs of extrapolative expectations.

Higher interest rates and stricter mortgage-finance rules should also help mitigate this vulnerability. However, the economic fundamentals of the Canadian housing market remain strong. Demand is being supported by increases in employment and population, and supply is being held back by basic geography and restrictions on land use.

The third vulnerability I will quickly mention is related to cyber security. There has been a worldwide increase in the frequency, severity and sophistication of cyber attacks. Because our financial system is so interconnected, a successful attack on one institution can potentially lead to widespread disruptions. We are working with our partners in the banking industry and public sector to ensure the system is robust and that institutions can recover quickly should any disruptions occur.

To better understand the potential implications of all these vulnerabilities, we examined the same risk scenarios as we did in June. The risks are essentially unchanged. However, the policy changes affecting housing finance are clearly a step in the right direction. Still, it will take time for these, as well as the effects of recent interest rate increases, to significantly reduce the vulnerabilities.

Meanwhile, our financial system continues to be resilient and is supported by improving economic fundamentals, in particular, by strength in the labour market.

With that, Senior Deputy Governor Wilkins and I are happy to respond to your questions. 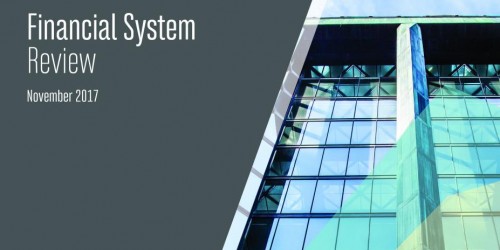 This issue of the Financial System Review reflects the Bank’s judgment that the high level of household indebtedness and housing market imbalances remain the most important vulnerabilities. While these vulnerabilities are still elevated, improving economic conditions and recent changes to housing policy should support an easing of these vulnerabilities over time. A third vulnerability highlighted in the FSR concerns cyber threats and the interconnectedness of the financial system.

Vulnerabilities in the Canadian financial system remain elevated, but elements for improvement are emerging

Media Relations Ottawa, Ontario
The high level of household indebtedness and housing market imbalances remain the most important vulnerabilities identified by the Bank of Canada in its Financial System Review (FSR), published today. While these vulnerabilities are still elevated, improving economic conditions and recent changes to housing policy should support an easing of these vulnerabilities over time.
Content Type(s): Press, Press releases
November 28, 2017 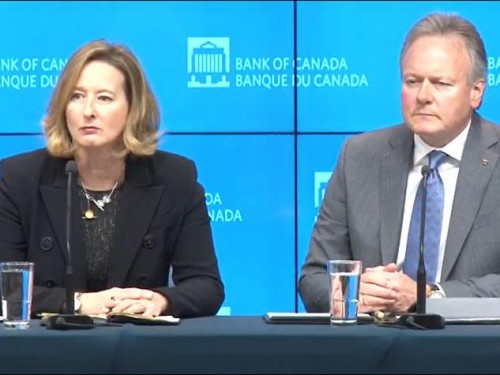