Household indebtedness and housing market imbalances—the most important vulnerabilities for the Canadian financial system—have moved higher over the past six months, the Bank of Canada said today in its Financial System Review (FSR). However, “the financial system remains resilient, and macroeconomic conditions continue to improve,” said Governor Stephen S. Poloz.

Household indebtedness has continued to rise in Canada, driven in large part by growth in mortgage lending in the Toronto and Vancouver areas. Recent federal government measures are improving credit quality in the insured mortgage market. At the same time, the share of uninsured mortgages is increasing, especially in markets with high house prices, with some mortgages showing riskier characteristics.

Imbalances in the Canadian housing market have also grown since December, mainly due to an acceleration in prices in Toronto and surrounding areas. While strong fundamentals are supporting price growth in both the Toronto and Vancouver areas, extrapolative expectations are also playing an important role. Macroprudential and housing policy measures are, however, expected to help mitigate this vulnerability over time.

In this FSR, the Bank assesses two separate risk scenarios related to these vulnerabilities.

The first risk scenario focuses on the financial stability implications of an externally generated severe recession, where a nationwide correction in house prices is only one of the channels through which the economy and the financial system are affected. A rise in unemployment and a decline in household income would impair the ability of some households to service their debts, potentially generating broad financial system and economic stress. This risk has a low probability of materializing, but would have a severe impact should it occur. Improving macroeconomic conditions have reduced the probability of this risk occurring.

The second risk scenario looks more narrowly at a significant house price correction in Toronto, Vancouver and their surrounding areas. A decline in house prices in these areas would be unlikely to generate the kind of widespread rise in unemployment and fall in business profitability assumed in the first risk scenario. As a result, while the likelihood of this second risk scenario materializing is higher than that of the first, its impact would be less severe.

Other risks highlighted in the FSR are a sharp increase in long-term interest rates driven by higher global risk premiums and stress emanating from China or other emerging-market economies. The risk of prolonged weakness in commodity prices, which was rated as low in the December 2016 FSR, has now been removed. The economy’s adjustment to lower oil prices is largely complete, and the financial system has been able to manage the negative effects on households and businesses in commodity-producing regions. 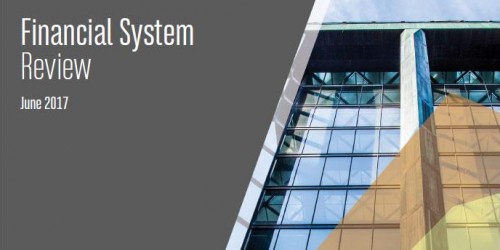 This issue of the Financial System Review reflects the Bank’s judgment that household indebtedness and housing market imbalances–the most important vulnerabilities for the Canadian financial system–have moved higher over the past six months. However, the financial system remains resilient, and macroeconomic conditions continue to improve. Other vulnerabilities discussed in this FSR are fragile fixed-income market liquidity and the capacity of an interconnected financial system to mitigate cyber threats. 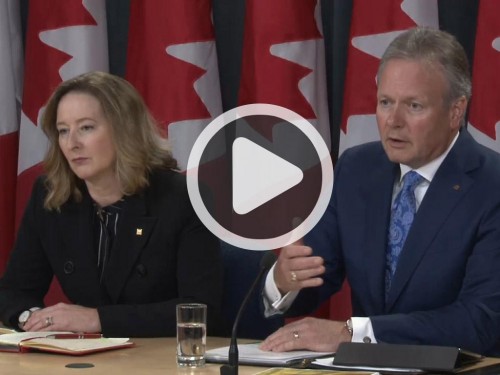