What a great day. A historic day.

I would like to give a warm thanks to the young people who came this morning to take part in this event.

The Bank of Canada is responsible for the design, production and distribution of Canadian bank notes. And on bank notes, we can celebrate the diversity of Canada’s culture and society.

As Governor of the Bank, and along with Carolyn Wilkins, our Senior Deputy Governor, I have long believed that it was time for a woman, in addition to Her Majesty, to be on one of Canada’s bank notes. And we also heard from Canadians who told us that it was long overdue. So I was very pleased when the Minister asked the Bank to move forward in our search to find the iconic woman for our bank notes.

We started by asking Canadians.

And let me tell you. They told us. The response was amazing. Within two days we received more than 10,000 nominations.

It became clear that this search for an iconic woman was engaging Canadians in a very personal way.

Some people looked within their own profession: Engineers googled women engineers. Some of my economist colleagues searched for economists, computer scientists and statisticians. Some people looked at their alma maters—notable women of Queens, or Mount Allison or the University of British Columbia. Other people looked geographically, finding women who represented their part of the country. Teachers used the nomination process as a way to teach children about Canada’s history. School kids told us who they thought should be on the money.

With every mouse click or turn of a book’s page, with every kitchen table discussion or classroom debate, Canadians learned more about the women who built Canada.

We received more than 26,300 submissions, resulting in 461 eligible candidates.

Then we turned it over to an independent Advisory Council. This Advisory Council, made up of eminent Canadian academic, sport, cultural and thought leaders, carefully went through all the nominations. After much research and deliberation, they narrowed down the list of eligible Canadian women from 461 to 12.

What a task they had! Several of the members are here today, so please let me thank you for all your hard work. Your role in this process has been critical.

With that list of 12, we consulted Canadians again. We then gave the Advisory Council another difficult task, whittling down the list to 5 extraordinary Canadian women.

I was very proud of the list of finalists that we provided to the Minister. It was the result of a very extensive process of consultation. We engaged Canadians and we listened to them. I know that this new bank note will inspire us all, but especially young Canadians. They will be sure that the contributions of Canadian women and men are recognized and valued.

And now let me turn it over to the Minister. 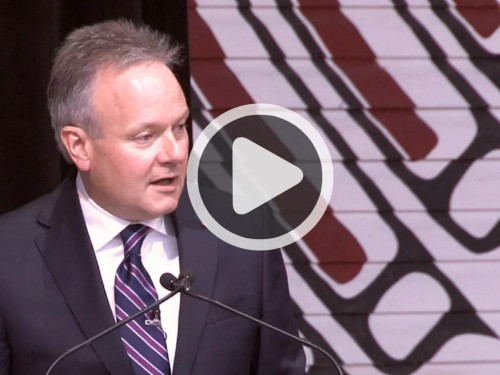