Inflation in Canada is evolving broadly as expected. Total CPI inflation remains near the bottom of the Bank’s target range as the disinflationary effects of economic slack and low consumer energy prices are only partially offset by the inflationary impact of the lower Canadian dollar on the prices of imported goods. As all of these factors dissipate, the Bank expects inflation will rise to about 2 per cent by early 2017. Measures of core inflation should remain close to 2 per cent.

The dynamics of the global economy are broadly as anticipated in the Bank’s October Monetary Policy Report (MPR), with diverging economic prospects and shifting terms of trade. China continues its transition to a more sustainable growth path and the expansion in the United States is on track, despite temporary weakness in the fourth quarter of 2015. The U.S. Federal Reserve has begun to gradually withdraw its exceptional monetary stimulus. While risks to the world outlook remain and have been reflected in sharp price movements in a range of asset classes, global growth is expected to trend upwards beginning in 2016.

Prices for oil and other commodities have declined further and this represents a setback for the Canadian economy. GDP growth likely stalled in the fourth quarter of 2015, pulled down by temporary softness in the U.S. economy, weaker business investment and several other temporary factors. The Bank now expects the economy’s return to above-potential growth to be delayed until the second quarter of 2016. The protracted process of reorientation towards non-resource activity is underway, helped by stronger U.S. demand, the lower Canadian dollar, and accommodative monetary and financial conditions.  National employment remains resilient despite job losses in the resource sector and household spending continues to expand.

The Bank projects Canada’s economy will grow by about 1 1/2 per cent in 2016 and 2 1/2 per cent in 2017. The complex nature of the ongoing structural adjustment makes the outlook for demand and potential output highly uncertain. The Bank’s current base case projection shows the output gap closing later than was anticipated in October, around the end of 2017. However, the Bank has not yet incorporated the positive impact of fiscal measures expected in the next federal budget.

All things considered, therefore, the risks to the profile for inflation are roughly balanced. Meanwhile, financial vulnerabilities continue to edge higher, as expected. The Bank’s Governing Council judges that the current stance of monetary policy is appropriate, and the target for the overnight rate remains at 1/2 per cent.

The next scheduled date for announcing the overnight rate target is 9 March 2016. The next full update of the Bank’s outlook for the economy and inflation, including risks to the projection, will be published in the MPR on 13 April 2016. 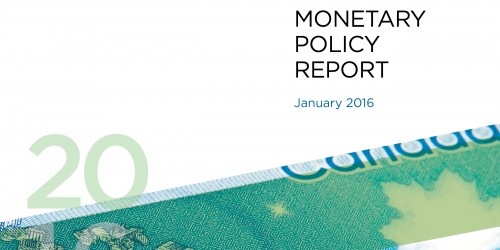 Growth in Canada’s economy is expected to reach 1.4 per cent this year and accelerate to 2.4 per cent in 2017. 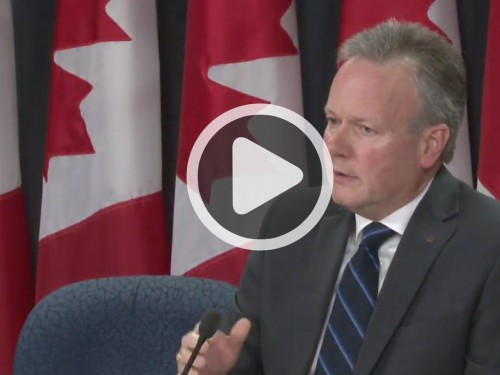 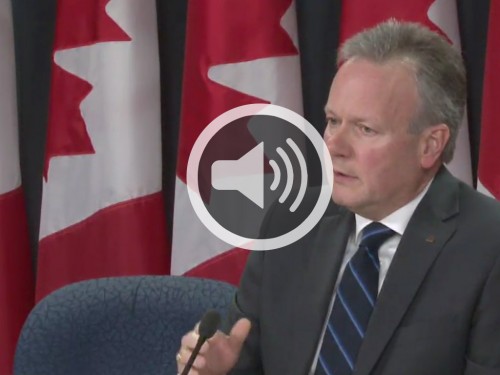