Policymakers should heed history’s lessons as they reinvent central banking in the aftermath of the Great Recession, Bank of Canada Governor Stephen S. Poloz said today. In the inaugural President’s Lecture at Western University, the Governor discussed the evolution of central bank policy and the need to promote both price and financial stability.

Many central banks began operating in the era of the gold standard, focused exclusively on keeping the financial system stable while operating as lenders of last resort, Governor Poloz said. When this policy framework proved too restrictive for the changing global economy, monetary authorities then tailored their policies toward encouraging better economic performance by controlling inflation, with the Bank of Canada focusing on monetary aggregates.

By the turn of the century, central banks reached a consensus on the need to target inflation directly, while effectively excluding financial stability concerns from monetary policy actions. However, the global financial crisis and subsequent Great Recession taught us that low and stable inflation doesn’t guarantee financial stability, the Governor said. “We need to take account of a wider range of economic and financial consequences while targeting low inflation,” he noted, adding that central banks have begun this work.

“An evolution of central banking is already underway, supported by recent experience and new research,” the Governor said. However, this process “still feels to me like we are adding various rooms onto a house we love, rather than creating a new, elegant, coherent structure.”

The ultimate reinvention of central banking will integrate both inflation and financial stability risks while better capturing the uncertainties policymakers face, the Governor said. “I hope to inspire economists here and elsewhere to join these efforts.”

While the Bank remains committed to inflation targeting, the ultimate goal is to develop “a true synthesis that takes full account of the lessons of the past, both new and old,” the Governor said. 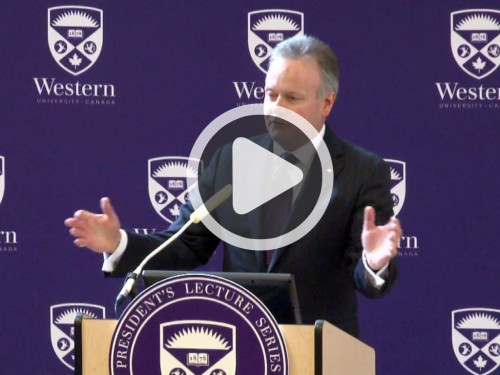 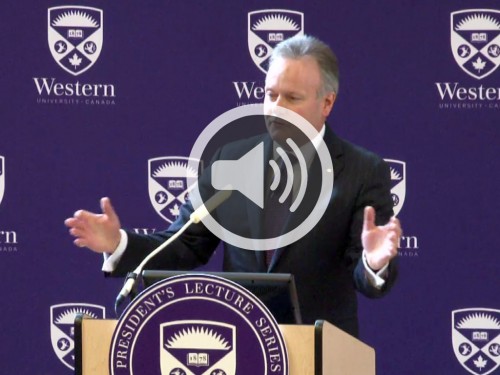