Good morning. Senior Deputy Governor Carolyn Wilkins and I are pleased to be here today to discuss the December issue of our biannual Financial System Review (FSR), which we published this morning.

The FSR is an essential complement to our Monetary Policy Report. Together, the two streams of analysis provide the basis for a fulsome discussion of monetary policy, within a risk-management framework. Although we view risks to the financial system separately from risks to growth and inflation, we think carefully about the interplay between them.

To some extent, all three are normal side effects of stimulative monetary policy. However, the post-crisis recovery has been frustratingly slow - we have called it serial disappointment - and bond yields and policy interest rates have been unusually low for a long time. In this context, these financial vulnerabilities have built up over time.

Fortunately, Canada’s economy is showing the first signs of a broadening recovery. Non-energy exports have been responding to stronger U.S. growth and exchange rate depreciation, investment spending appears to be picking up, and we have seen pockets of new job creation. This natural rebuilding sequence is key to reducing financial vulnerabilities over time. In particular, our expectation of a soft landing for housing hinges on stronger growth, employment and incomes.

The recent weakness in oil and other commodity prices raises important risks to this economic outlook, however. This shock is especially complex: it is likely to boost global growth but to moderate growth and inflation in Canada, even though the effects should be tempered by exchange rate depreciation and stronger non-energy exports. The potential consequences for the financial system will be monitored carefully in the months ahead.

Meanwhile, the global financial system is stronger and more resilient, thanks to continued progress on implementing the G-20 regulatory framework and the efforts of policy-makers and market participants around the world, including Canada.

In light of this continued progress, and taking into account the early signs of stronger exports, investment and employment in Canada, we judge that the probability of an adverse shock has eased since our June FSR. This mitigates our observation that some financial vulnerabilities appear to be edging higher, leaving our overall assessment of financial stability risk roughly the same as in June. That is why we continue to believe that the overall balance of risks remains within the zone for which the current stance of monetary policy is appropriate.

Let me just add a few comments specific to the most important risk discussed in the FSR: the difficulty that highly indebted households would have servicing their debt if they were to face a sharp decline in their incomes or a sharp rise in interest rates. This situation raises the risk that a shock to the economy could trigger a correction in house prices. The probability of this risk materializing is low, but if it did occur, the effect on the economy would be severe.

This risk would be greater if house prices were judged to be overvalued relative to fundamentals. Bank economists have done some new research on this risk, highlighted in a box in our FSR, and in a research paper released today on our website. Although there is considerable uncertainty around this question, various approaches - including our own - suggest that there is some risk that the housing market is overvalued, and our estimates fall in the 10 to 30 per cent range.

We experienced housing corrections in the early 1980s and the early 1990s, after periods when prices became overvalued to a similar extent. But both of those episodes were preceded by a much faster run-up in prices amid rising inflation expectations. In both cases, interest rates rose as monetary policy leaned against inflation, and a recession ensued.

None of those conditions is present today. The rise in house prices has been much more gradual and, in the context of a broadening recovery, the unwinding of household imbalances should be gradual as well. That is why we continue to expect a soft landing in the housing market, but it is conditional on continued strengthening in the economy.

Let me reiterate the bottom line of the Financial System Review: After careful analysis of the latest economic, financial and regulatory developments at home and abroad, our assessment is that while vulnerabilities associated with household indebtedness and housing markets are edging higher, the overall risk to financial stability in Canada is roughly the same as it was at the time of our June FSR.

With that, Carolyn and I are happy to take your questions. 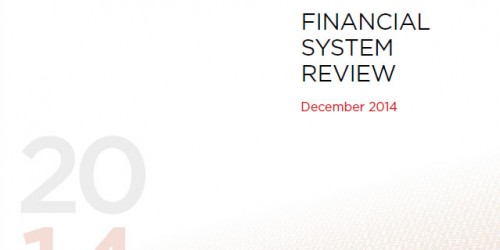 The Reports section of the Financial System Review examines selected issues of relevance to the Canadian and global financial systems. The December 2014 issue features two reports on important developments in the financial system: rapid growth and innovation in the market for exchange-traded funds, and the increasing significance of cyber attacks to the operational resilience of financial institutions and financial market infrastructures.

Media Relations Ottawa, Ontario
Risks to Canada’s financial system have not increased in the past six months, but high consumer debt loads and imbalances in the housing market remain a concern, the Bank of Canada said today in itsbiannual Financial System Review (FSR). “We judge that the probability of an adverse shock has eased since our June FSR,” said […]
Content Type(s): Press, Press releases 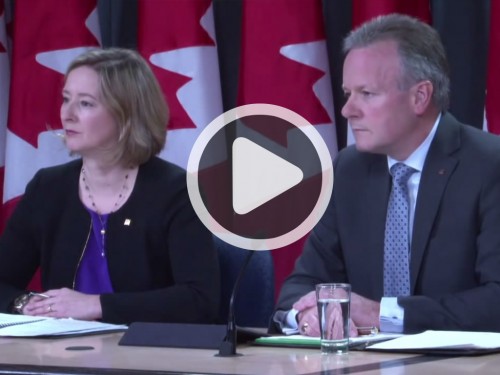 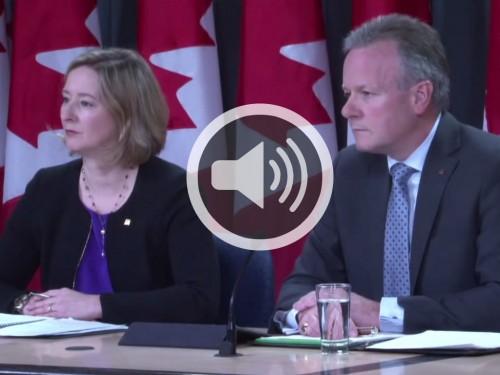