Good morning. Tiff and I are pleased to join you today by videoconference.

As you know, we are in Toronto to attend the funeral this afternoon of Canada’s former Finance Minister, Jim Flaherty. Before we discuss the Monetary Policy Report, I’d like to say a few words about him. What set Jim Flaherty apart was that while he was a formidable Finance Minister, he was first and foremost an ordinary man. You immediately connected to him after just a few minutes, and it was immediately clear that he was there for Canada, 100 per cent. That's what he did all day, every day. And to everything that he did, he brought a solid dose of common sense. People found that attractive and helpful, and his gut instincts were usually right. A lot of his legacy is right there for us. I'll miss him tremendously, and Canada is the poorer without him.

Let me turn now to the MPR, which the Bank published this morning. Before we take your questions, allow me to note its highlights.

With that, Tiff and I would be pleased to take your questions. 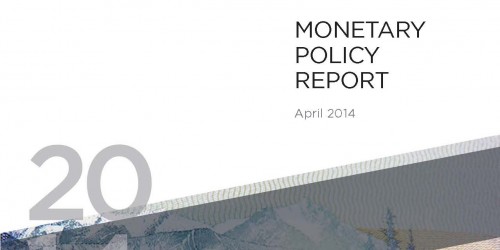 Economic growth in Canada is expected to average about 2 1/2 per cent in 2014 and 2015 before easing to around the 2 per cent growth rate of the economy’s potential in 2016.

Media Relations Ottawa, Ontario
The Bank of Canada today announced that it is maintaining its target for the overnight rate at 1 per cent. The Bank Rate is correspondingly 1 1/4 per cent and the deposit rate is 3/4 per cent.
Content Type(s): Press, Press releases
April 16, 2014 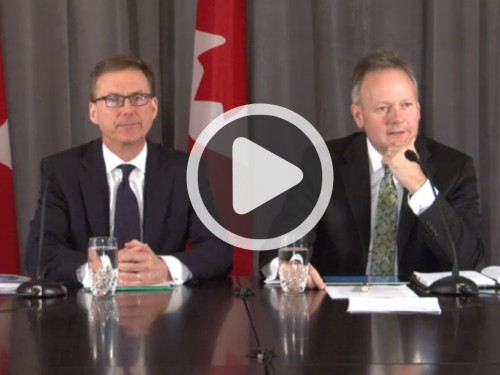 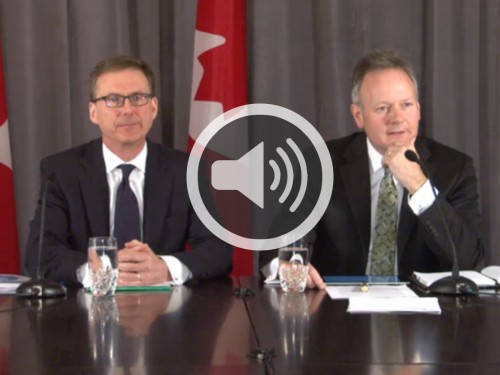