For Canada’s economy to grow in a self-sustaining, self-generating fashion, capacity needs to be rebuilt and business confidence strengthened, Bank of Canada Governor Stephen S. Poloz said today in a speech to the Oakville Chamber of Commerce.

Although the Canadian economy has recovered the jobs and output lost during the recession, the structural damage caused by the crisis lingers. “Rather than a recovery in the usual sense, this looks more like a postwar reconstruction.”

Since the onset of the recession, there has been limited net creation of businesses. Canadian exporters have been particularly hard hit, and the group most profoundly affected has been manufacturing exporters, whose ranks have continued to shrink.

Regaining the lost output of companies that have disappeared or downsized will require that existing firms boost their production, that they invest to expand their capacity and that the net creation of new firms resumes a higher growth path. The good news is that the balance sheets of corporate Canada are healthy and the capacity to invest exists.

The Governor cited the example of the auto sector, which suffered a 70-per cent decline in production from peak to trough during the recession. The firms that survived lowered their cost structures, became more innovative and accelerated new product development. However, he said it remains to be seen how the reconstruction process will play out for this important sector.

“To realize the economic growth that Canada is looking for … we need to see the rebuilding of capacity,” the Governor said. “This will require growing confidence among existing businesses and entrepreneurs.”

The gathering momentum in foreign demand, especially in the United States, should help lift the confidence of Canada’s exporters. The sequence the Bank anticipates is: foreign demand will build; Canada’s exports will strengthen further; confidence will improve; existing companies will expand; companies will invest to increase capacity; and new ones will be created. “This sequence may already be underway,” the Governor said.

The Bank of Canada’s role in the country’s economic reconstruction is, as always, to keep inflation low, stable, and predictable. It also helps to nurture confidence by explaining the forces at work in the economy and the Bank’s monetary policy response. “We listen to businesses, to labour groups, and to industry associations,” Governor Poloz concluded. “An active engagement with Canadians must remain a cornerstone of the policy of the Bank of Canada.” 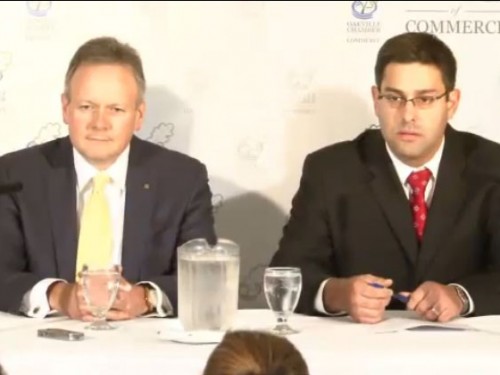 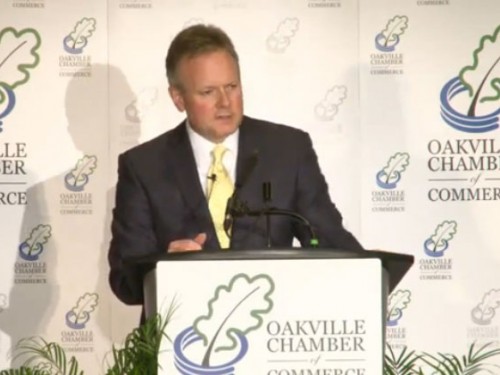 Reconstruction: Rebuilding Business Confidence in Canada - Stephen S. Poloz, the Governor of the Bank of Canada, speaks before the Oakville Chamber of Commerce.
Content Type(s): Press, Speeches and appearances, Webcasts