Since the eruption of the global financial crisis, Canada has outperformed other G-7 countries because of critical foundational advantages, Bank of Canada Governor Mark Carney said today in a speech in Montréal. The Governor identified “the cornerstones of Canada’s prosperity” as responsible fiscal policy, sound monetary policy, a resilient financial system and a monetary union that works.

“The structure of the Canadian economy, the risk sharing across the federation, labour market flexibility and financial stability together meant that Canada could adjust quickly to the shock of the global financial crisis,” Governor Carney said. “It also meant that when Canadian policy-makers responded, they were able to do so swiftly and massively.”

Canada’s monetary union works because it has the essential elements of an effective currency union, which helps the economy adjust to shocks. During the recession, the importance, in particular, of interprovincial trade as an adjustment mechanism was clear. For example, the increased demand from other provinces for Quebec’s goods and services significantly offset the loss of international exports.

Canada’s sound financial system is a further advantage. It helps to “ensure that changes in central bank policy are transmitted effectively to all areas of a monetary union to support growth and employment,” the Governor noted.

These factors are self-reinforcing, said the Governor.

“Our monetary union - with its resilient, national financial system at its core - gives monetary and fiscal policy traction,” Governor Carney said. “A strong fiscal position means that Canadian governments have had the flexibility to respond as needed. Our principles-based macroeconomic policy frameworks help ensure that extraordinary actions do not give rise to extraordinary fears. And the discipline they instil means that stimulus will be withdrawn appropriately as threats diminish.”

In concluding, the Governor said: “All of this has meant that unlike the rest of the G-7, Canada does not need to repair. To keep Canada working, we need to build.”

May 21, 2013 Board of Trade of Metropolitan Montreal - Press conference (Video) 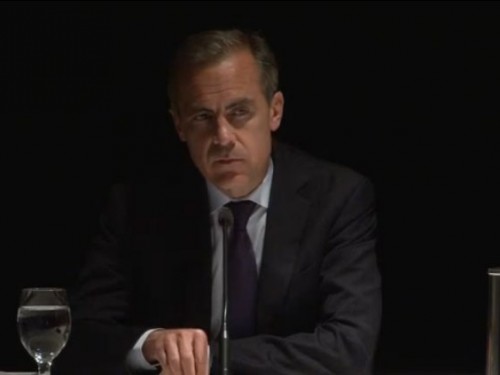 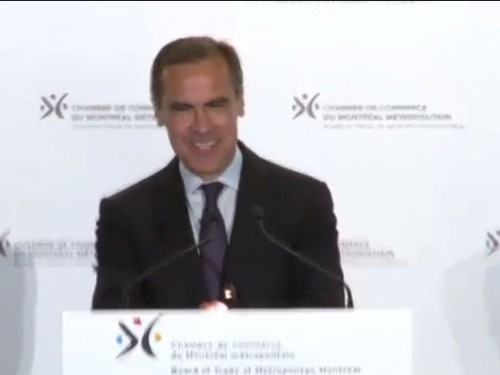 May 21, 2013 Board of Trade of Metropolitan Montreal - Speech and press conference (Audio)