Global Financial System Safer Today, But Not Yet as Safe as It Needs To Be, Says Bank of Canada Governor Mark Carney

The G-20’s ambitious financial sector reform agenda  is creating a more open, resilient global financial system, which is central to the transformation of the global economy, Bank of Canada Governor Mark Carney said today in a speech to the Canadian Club of Montréal. The Governor provided an update of what has been accomplished and what remains to be done, concentrating on three issues: whether banks are safer than they were, how the “too-big-to-fail” problem is being addressed, and what is being done to reform shadow banking.

With the new Basel III rules, the quantity and quality of bank capital are being improved immensely. “Canadian banks are setting the pace,” the Governor said. “All major Canadian banks are expected to meet the stringent 2019 Basel III requirements by next January.” In addition, a simple, but effective, leverage ratio has been imported from Canada. Banks are safer as a result of this combined approach. Ensuring full, timely and consistent implementation of these measures is now the main focus going forward.

G-20 countries have also made strong progress on ending too-big-to-fail, Governor Carney noted. The Financial Stability Board (FSB) has developed a range of measures to ensure that any financial institution can be resolved without severe disruption to the financial system or exposing taxpayers to the risk of losses. Global systemically important banks have been identified and will be subject to higher capital requirements and mandatory recovery and resolution plans. This framework is also being extended to other systemic financial firms, including global insurance companies and domestic systemically important banks. “This week, in Mexico City, we agreed to redouble our efforts on these fronts,” the Governor said. “The G-20 is resolute in its intention to end too-big-to-fail.”

On shadow banking, the FSB outlined to the G-20 its approach to overseeing and regulating the sector, starting with those activities that were the sources of problems during the crisis. The FSB will deliver a comprehensive set of recommendations to G-20 leaders for approval at the St. Petersburg Summit. “The ultimate goal of these reforms is to turn risky shadow banking into resilient market-based financing,” Governor Carney said.

The Governor concluded by noting that in Tokyo last month, the International Monetary Fund rightly asked whether the financial system is safer today than on the eve of the crisis. “The answer is yes, but it is still not as safe as it needs to be…. While much has been accomplished, much more needs to be done.”

Some Current Issues in Financial Reform 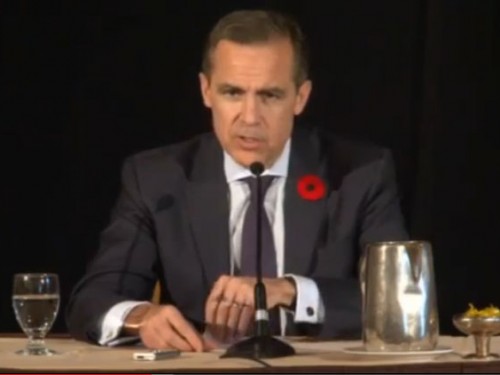 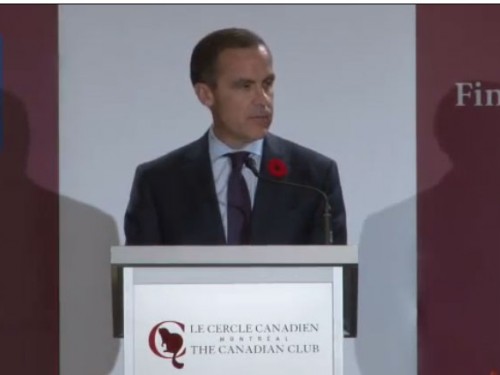