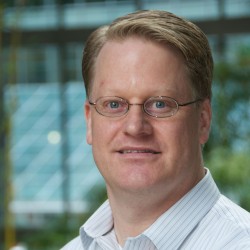 Trevor Frers was appointed Regional Director (Currency) at the Bank's Regional Office for British Columbia and Yukon in 2006. In this capacity, he is responsible for developing business relationships and partnerships with key stakeholders, and identifying currency-related emerging issues and areas for growth in the region. He also supports compliance and education objectives through outreach activities that promote the mandates of both the Currency Department and the Bank of Canada.

Mr. Frers was born in Winnipeg, Manitoba. He received a bachelor's degree in Criminology from Simon Fraser University in 1996.

Mr. Frers joined the Bank in 2004 as an Analyst at the Bank's Regional Office for British Columbia and Yukon. Previously, Mr. Frers worked for 16 years for the Royal Bank, where he held various positions throughout British Columbia.