MONTRÉAL, QUEBEC—The fundamental forces that have always driven inflation will continue to do so, even as the global economy evolves, Bank of Canada Governor Stephen S. Poloz said today.

In a speech to CFA Montréal and the Montreal Council on Foreign Relations, Governor Poloz challenged the idea that recent softness in inflation in many advanced economies brings into question the effectiveness of inflation targets for central banks. “Fundamentally, we know how inflation works,” the Governor said. “The laws of supply and demand have not been repealed.”

Inflation has underperformed forecasts mostly because the Great Recession and its aftermath left many economies with more excess supply than originally believed, and because inflation responds to excess demand with a lag. As well, country-specific factors and transitory relative price movements have served to restrain inflation in recent months, Governor Poloz said.

The fundamental drivers of inflation, along with identifiable short-term factors, can explain inflation to a degree that is well within normal statistical tolerance, the Governor said. He added that because of the uncertainties inherent in the inflation process, it is not realistic to expect central banks to control inflation “down to tenths of a percentage point.”

Some have pointed to slow wage growth in the presence of falling unemployment as evidence that fundamental factors are having less influence on inflation. However, the Governor pointed to several reasons why wage growth has been slow, including continued slack in the labour market and changing demographics.

Governor Poloz also discussed potential channels that might affect inflation as the economy evolves in response to the forces of globalization and digitalization. While research conducted by Bank of Canada staff shows that these forces do not yet add materially to the Bank’s understanding of inflation beyond what the fundamental drivers of inflation can explain, that does not mean they are not present.

“The evidence does not pass the formal test for statistical significance,” Governor Poloz said. However, “common sense tells you that globalization and digitalization are affecting prices.”

The recent softness in inflation provides no reason to question the usefulness of inflation targeting, the Governor concluded. “The bottom line is that inflation targeting has worked, through good times and bad, for more than 25 years. It continues to work today. And Canadians can be confident that it will continue to work for years to come.”

Understanding Inflation: Getting Back to Basics 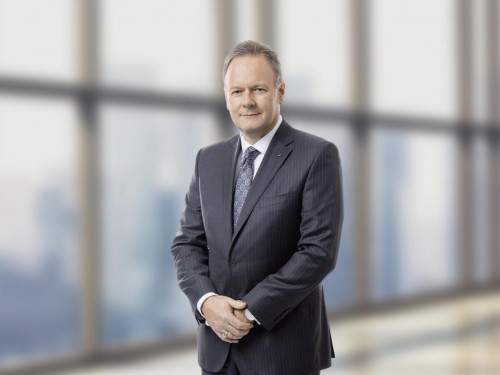 Central banks’ ability to understand inflation - Stephen S. Poloz, the Governor of the Bank of Canada, speaks before the CFA Montréal and the Montreal Council on Foreign Relations. (13:10 (ET) approx.)

Central banks’ ability to understand inflation - Stephen S. Poloz, the Governor of the Bank of Canada, speaks before the CFA Montréal and the Montreal Council on Foreign Relations. (14:00 (ET) approx.)