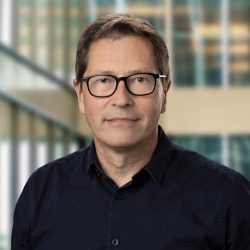 JF brings a wealth of international experience in financial markets. Prior to joining the Bank, JF worked for Moody’s Investors Services for over 10 years in various senior management positions around the world: he was based in London, UK, as Associate Managing Director, Financial Institutions Group, for the continents of Europe and Africa from 2015-2019; he held a similar position based in Singapore to cover Asia financial markets from 2012-2015, after being Director of Global research in New York from 2008-2012.

Prior to joining Moody’s, JF served as Acting Chief/Economist at the Department (Ministry) of Finance at the Federal Government from April 1997 to September 2008, during which he also held the position of Canadian Finance Counsellor in Europe (Based in Berlin) from 2001 to 2005. JF holds a Master’s degree in International Financial Economics from the University of Ottawa and has completed a Master’s Certificate in Risk Management from Schulich School of Business, York University, Toronto.